Sussex PDO backlash was a storm in a teacup, says WineGB CEO 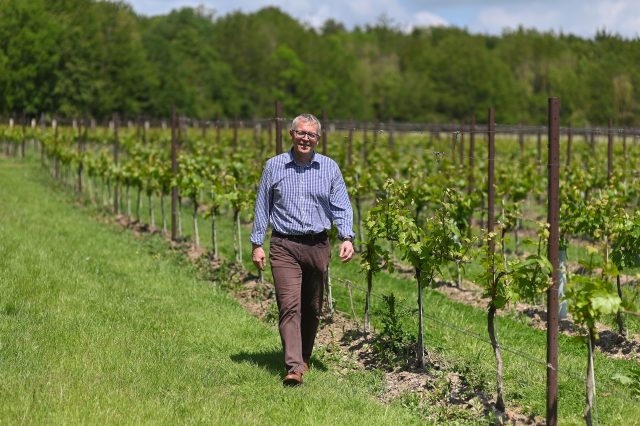 On 15 June it was announced that Sussex Sparkling Wine had been awarded PDO status, which essentially recognises the quality of the craftmanship and grapes grown in the county.

However, rather than the jubilant celebrations one might expect from this milestone – a first for English wine – a spate of unhappy producers from other English counties were vocal in dismissing the Sussex ruling as little more than a “PR exercise”.

In what was likely a case of sour grapes, a small minority demanded to know why Sussex had been singled out for special treatment.

Simon Thorpe, CEO for WineGB, admits he didn’t see the headlines coming, but told the drinks business that the few negative comments were “not really a true reflection of things.”

Stressing that the PDO is “certainly not a divisive initiative”, he went on to say: “One of the key things that typifies the English and Welsh wine industry is how collaborative it is, I haven’t experienced any negativity.”

That being said, Thorpe does have some sympathy with producers over the matter of whether the quality of terroir on one side of the Sussex border differs markedly to that of the other.

“It doesn’t strongly differ, so there is some validity to the commentary,” Thorpe told db. “The boundaries are more political than geographical and it’s impossible to denote one specific terroir to the whole of Sussex. It’s probably still too early to be able to establish specific regional identity as we don’t yet have the history to determine what grapes in a certain area will do from year to year.”

It’s worth noting that the Sussex PDO was not a WineGB initiative, nor does WineGB necessarily support the rolling out of individual PDOs for each county.

“You don’t need a PDO system to be able to talk about the great characteristics of an area. I’m not sure you need to establish a PDO in order to tell those stories,” Thorpe said.

The WineGB chair confirmed that the trade body was carrying out a detailed review of existing regulations for both England and Wales, and that he was on the cusp of sharing a missive detailing its results. According to Thorpe, its findings “will allow all producers to have their say in the shaping of the regulations.”

When he spoke with db, the ink is drying on the paper, which Thorpe says should be ready for release this month.

He does, however, tread a cautious line when it comes to ringfencing counties in terms of their winemaking.

“We don’t want to put something in place that inhibits innovation and puts boxes around winemakers in terms of establishing what wines from this or that county must do,” Thorpe said. “We don’t want to fall into a trap of replicating what people have done in some parts of the Old World. Let’s enjoy the journey of being able to see which regions are exploring what.”