English sparkling wine brand Nyetimber has appointed Rolls-Royce’s global comms director as its new CEO, starting this month, when current chief exec and owner Eric Heerema steps up to become chairman of the board of directors. 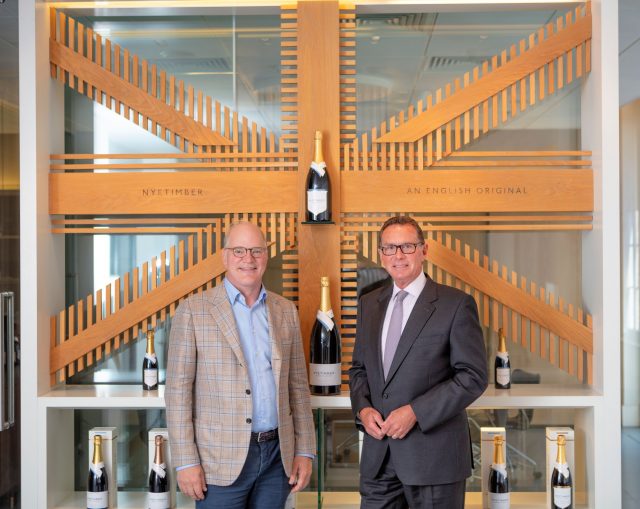 Richard Carter joins from Rolls-Royce Motor Cars, where he was on the board for nearly 14 years. During his time at the company, he played a central role in strategically redefining and repositioning the company as a globally recognised ‘pinnacle’ luxury brand.  Nyetimber said that his depth of understanding of luxury brand management and considerable worldwide marketing, communication and management skills would be key assets for . driving Nyetimber forward through the next stage of its development.

As well as assuming the CEO role from Heerema, who will continue to play an active role in guiding and directing Nyetimber in his new capacity, Carter will also be taking on the responsibilities of current managing director Hans Sleeuwenhoek, who will also be joining the board of directors.

Heerema said he was delighted to welcome Carter as CEO.  “Knowing him well, and given his extensive experience, Hans and I feel confident that Richard will continue building on the success that Nyetimber has achieved and will contribute to the further growth of this unique brand,” he said. “Over the recent years Nyetimber has gone from strength to strength, yet we still have to complete crucial stages of our ambitious mission, and with Richard at the helm we are confident of achieving our ambitions.”

2021 was a record year for the English sparkling producer, following a record harvest in 2020, which helped boost sales up 57% on the previous year. Exports rose from 10% of production in 2020 to 15% in 2021 and the brand enjoyed a strategic boost having been served at The Queens Platinum Jubilee celebrations at the Guild Hall reception after the St Paul’s Cathedral service. It was previously served on board The Queen’s Royal Barge during the Diamond Jubilee celebrations in London in 2012.

Established 30 years ago, Nyetimber has been one of the pioneers of English sparkling wine, having been the first producer to exclusively grow all three celebrated sparkling varieties: Chardonnay, Pinot Noir and Pinot Meunier. Head winemaker Cherie Spriggs was the first woman and the first person outside Champagne to be named as ‘Sparkling Winemaker of the Year’ at the International Wine Challenge 2018.