Michigan distillers are breathing a sigh of relief after the state’s Governor Whitmer passed a bill earlier this week to slash the mark-up charged on a distilled spirits product in half. 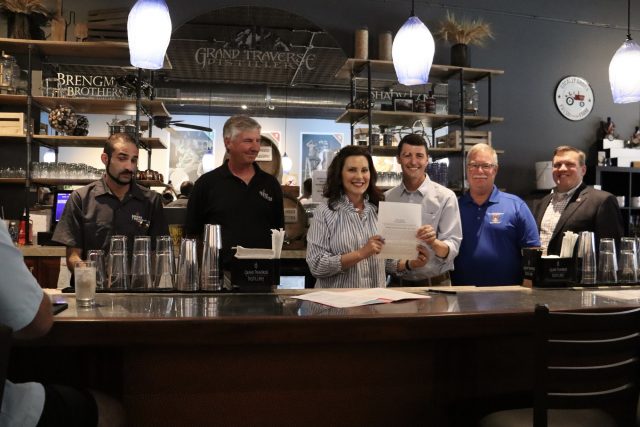 House Bill 4842 assists Michigan’s craft distillery industry by lowering mark-up costs associated with the purchase of local grain, increasing the number of bottles distillers can produce while saving them and their customers money.

Members of the Michigan Craft Distillers Association (MCDA) celebrated the passing of a bill out of the Michigan Senate in April 2022, after it was first passed in the House in May 2021. Bill 4842 then had to be presented to Governor Whitmer for consideration before it could be passed into law.

The bill, which Governor Whitmer signed on 5 July, will reduce the mark-up charged on a distilled spirits product from 65% to 32.5%.

“Small businesses are the backbone of our economy and today I am proud to sign bipartisan legislation that supports an iconic and growing Michigan industry – craft distilleries,” said Governor Whitmer.

“Since my first day in office, I have been focused on growing Michigan’s economy, creating good-paying jobs, and investing in a range of industries across Michigan, including our strong food and agriculture businesses. This bipartisan bill lowering costs for Michigan distillers demonstrates what we are capable of when we work together and put Michiganders first.”

Jon O’Connor, president of the Michigan Craft Distillers Association, said of the news: “House Bill 4842 represents an opportunity for Michigan to become one of the leading states in the country in support of the growing craft distilling industry.”

“By incentivising the use of more Michigan grown agriculture to create distilled spirits, small distillers can further invest in new and innovative products, while working with agriculture producers to cultivate grains, fruits and other inputs needed to create world class products.”