Aluminium can shortages threaten the future of US craft breweries

26 July 2022 By Jessica Mason
Cans are in short supply across the US resulting in an increased demand for aluminium, creating huge issues for independent brewers. 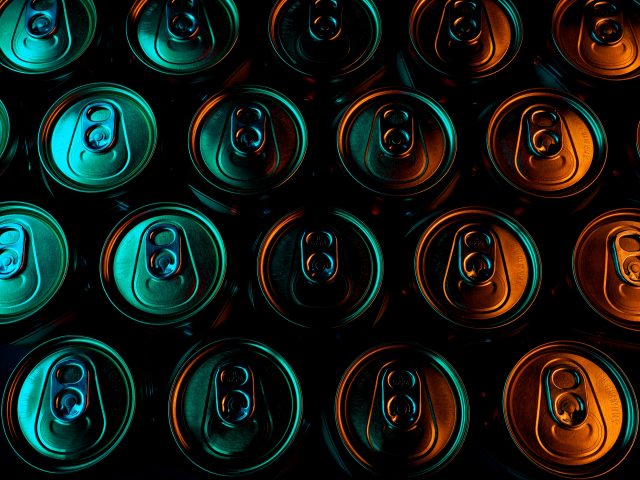 Following the popularity of canned cocktails has squeezed demand for aluminium in a manufacturing industry still recovering from lockdown-induced shortages as well as supplier upheavals. However, added to this, the national recycling systems across the US are struggling to collect enough cans to sate demand and while the he e tire system is buckling under the strain of out-of-date policies that have made it harder for people to recycle, there is is a huge knock on effect on the plight of brewers.

The shortage highlights how, despite the popularity of beer in cans and cocktails in cans, there is such an unmitigated issue with the supply chain and recycling setup stateside that the situation could potentially hamstring otherwise successful businesses. Especially since some of the biggest fan manufacturers are setting minimum orders, effectively pricing craft breweries out of the market.

Currently, approximately 73% of an aluminium can comes from recycled scrap, but as demand for canned cocktails boomed the state of California in particular, there became a pressing need to acknowledge that the recycling centres in situ cannot keep pace and something needs to be done.

According to data from the California Department of Resources Recycling and Recovery (known as CalRecycle), over the past five years, California’s aluminium can recycling rate dropped 20%, from 91% in 2016 to 73% in 2021.

Matt Meenan, vice president of external affairs at the Aluminum Association, recently highlighted that “the problem that we have, particularly in the US on cans, is that we don’t recycle them enough.” Speaking of the struggles, Meenan explained that, typically, the overall can recycling rate in the US stands at around just 45%, which means that more than half of America’s cans wind up in landfill.

In California, the situation has declined considerably. For instance, in 2016, according to the state’s data, just over 766 million aluminum cans ended up in landfills or were never recycled. Last year, the number was 2.8 billion. Almanac Beer Co. director of operations Cindy Le said: “If we don’t have beer to send to our distributors, we don’t have beer to sell over the bar in our tap room. It creates that domino effect of us not being able to sell beer or make money. That’s the real disruption.”

As a result of the demand, one of the US’s biggest can makers Ball Corp. revealed  last autumn that it would no longer handle small or even mid-size orders, sending shock waves through the craft brewing industry.

Sierra Nevada Brewing Co. supply chain manager Bart Whipple, said: “Ball implemented a minimum order of five truckloads, which is like one million cans. [For] smaller places, that’s a lifetime supply.” Commenting on the decision, Beachwood Brewing co-owner and brewmaster Julian Shrago said: “Ball gave us essentially a two-week notice that we had to order all the cans for the next year.” Shrago revealed that the challenge had forced him to spend the brewery’s cash reserves on the cans as he had to pay upfront, despite having no reassurances that his order would even arrive and described the situation as “you can’t get this now, you’re going to have to wait twice as long” and lamented that the delays also “became three times as long and then four times as long” adding that essentially “lead times increased and our cost increased”.