A 90-year dispute over which nation owns an Arctic island has been peacefully resolved. It follows almost a century of both countries laying claim to the territory by leaving bottles of whisky and Schnapps on its land. 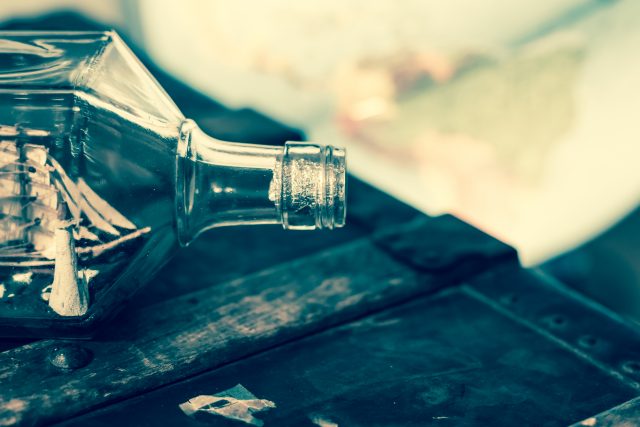 Hans Island, a 1.2km chunk of rock near Greenland, has been at the centre of a historical territory dispute between Canada and Denmark since 1930. Until now.

This week, the two countries agreed to split the island roughly in half, following the path of a natural ravine which runs from north to south.

It ends a tit-for-tat exchange that has seen military personnel from both nations lay claim to the land by planting their national flags in the outpost’s stony ground, accompanied by either bottles of Canadian whisky or Danish Schnapps.

The historical exchange of alcohol became known as the ‘Whisky War’, and has involved continued trips by both sides to collect and replace the other party’s alcoholic goods.

“We’re setting a precedent. We’re showing to other countries how territorial disputes can be solved,” said Canada’s foreign affairs minister Mélanie Joly, speaking at a signing ceremony in Ottawa. “It is possible to settle a disagreement, and it’s always the best way to do it through principles and norms that both parties recognise.”

Joly and Danish foreign affairs minister Jeppe Kofod exchanged bottles of liquor at the ceremony in a nod to the tradition that has rumbled on for half a century.

In recent years, both nations have become increasingly interested in Hans Island due to its hot potential for mineral exploration, with Canada and Denmark both applying for mining permits. Geologists from both sides have had their applications rejected while the dispute over who owned the land was ironed out.

“It sends a message to the world, including [Russian President Vladimir] Putin, that when there are things you’re disputing over, you have to make the resolution based on international law — not by the law of force, but by the force of law,” said Denmark’s Kofod.

Canada’s Joly added: “It’s critical to keep the Arctic a low-tension region….We cannot fall into the trap of militarizing the Arctic.”

As the drinks business reported in February, Stauning Whisky, the largest whisky producer in Denmark, threatened to halt its production in an attempt to resolve the ongoing dispute.

The producer hoped that by making a stand, it would draw the world’s attention to the squabble, and put pressure on the two governments to settle the matter.

“Whisky is not about hostility but the exact opposite. It’s about friendship and curiosity – and we won’t accept that there’s a war going on between Denmark and Canada in the name of whisky,” said Stauning co-founder Alex Munch at the time. “We want to put a stop to it”.

Munch added that he hoped it would be “the last time we are interfering with international politics” and laid clear his desire for the issue to be resolved through “dialogue and mutual respect”.

It seems as though he has got his wish.