Abyss Brewery has launched a new IPA that has been inspired by its friend and neighbour, South African born Twerk instructor Nozuko Graham, whose work focuses on building a body confidence community. 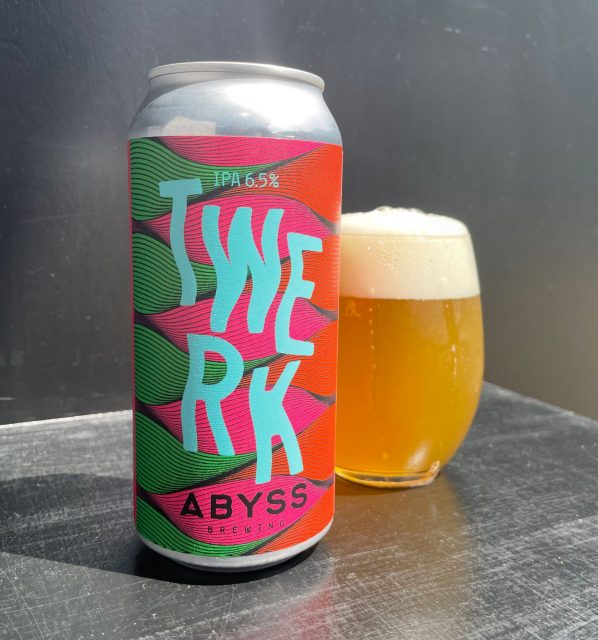 The beer, aptly named Twerk, is a 6.5% ABV IPA which has a malt bill that blends barley, oats and wheat to give it body and has been dry hopped with Galaxy and Strata for a refreshing finish.

The Abyss team first met Graham when she popped into the brewery when it had just opened up its taproom last Autumn and introduced herself as a neighbour, asking if she would be able to run her twerkicise classes there.

Since then, Graham has run her ‘Abyss Booty Camp’ every Saturday morning – with each class being hugely well-attended, but also bringing together people from across all cultures, ages, backgrounds, races and physiques to remind them to love who they are.

Speaking to db, Abyss Brewery’s events and bar manager Alice Healey said: “It was the beginning of a really lovely community of loyal followers,” and “I know she has been up to some other things, like flash mobs too” noting how inspiring it is to have people like Graham around to lift everyone’s spirits and get them moving.

Graham, who teaches basic to advanced twerk classes, specialises in South African style and Gqom, however the classes include genres such as Afrobeat, Hip hop, Dancehall and Sensual Twerk.

Graham told db: “I am the co-founder of a body confidence community called Twerk4fitness_africa” and “Twerk classes (Abyss Booty Camp) are held every Saturday morning at 10am” at the brewery taproom in Lewes in Sussex.

According to Graham: “They have provided ‘Queens’ with a safe space to wear small shorts and shake their booty to get fit, relieve stress, appreciate their bodies, make new friends, and have fun”.

Referring to how she feels about Abyss creating a beer to celebrate what she does, she said: “I feel so honoured [because] having only moved to the UK a year ago, I was happy to have a space to teach twerking and didn’t think a beer would be made”.

Graham insisted that body confidence and community was really at the heart of it all and that “the Twerk beer is not just an honour for me, but my family, community and also a celebration of an African originated dance,” highlighting how beer can bring people together and show how even small acts of celebrating who you are is an act of self-love, equality and and a way to socialise as the best version of yourself while serving as a reminder that beer, much like dance, is not just for one kind of person or one culture, but for everyone and a catalyst for building values such as community and positivity.

Abyss Brewery co-founder Andy Bridge said:”We’ve always believed in the power of beer to bring people together and our new Abyss Brewery + Tap (an old 18th century Malthouse in Lewes a few mins from Harveys) has let us do just that.”

The Abyss Twerk IPA, which is also vegan-friendly, will be available in keg at select venues and also in 440ml cans and can be bought from the Abyss online webshop retailing at £4.70 per can.