Wine trade takes to their bikes to raise funds for restaurants

A set of cyclists from the wine trade will ride 200km over two days next week in Burgundy to raise money for the pandemic-struck hospitality sector, and we can reveal the route, and ways to support this fundraising initiative. 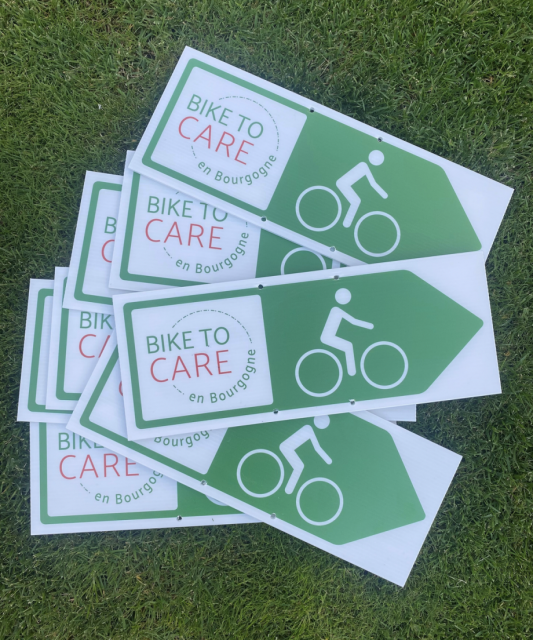 Called Bike to Care in Bourgogne, as previously reported by db, the charity event will feature as many as one hundred riders on 9-10 May this year, including chefs and sommeliers, wine producers and a few members of the press – including myself.

The cyclists will assemble in Beaune on Monday morning before pedalling more than 200km over two consecutive days across the hills of the Côtes de Beaune and the Côtes de Nuits – and you can see the routes below.

There are 12 teams taking part from a range of countries, including Denmark and Canada, France and the UK, as well as three teams from the US, with one of them led by Harlan Estate, which is the ‘guest of honour’ at the challenge.

Bike to Care en Bourgogne is hoping to raise at least €200,000 for the struggling hospitality sector and its passionate employees, and has yet to reach its fundraising target, although the initiative has amassed an impressive €170,000 so far.

So how can you help?

Please donate. It doesn’t matter how small your contribution, it would be great to have the trade’s support, with the monies for those supporting the UK teams – headed by Maison Louis Jadot’s UK agent Hatch Mansfield – going to Hospitality Action UK.

To support the Bike to Care en Bourgogne, please visit this Just Giving page here, which has been set up for the UK team.

Meanwhile, for more information on the initiative, please click here.