Brazilian police have released a video of a naked man suspected of robbery drinking alcohol and searching the fridge at a beer tavern during the night. 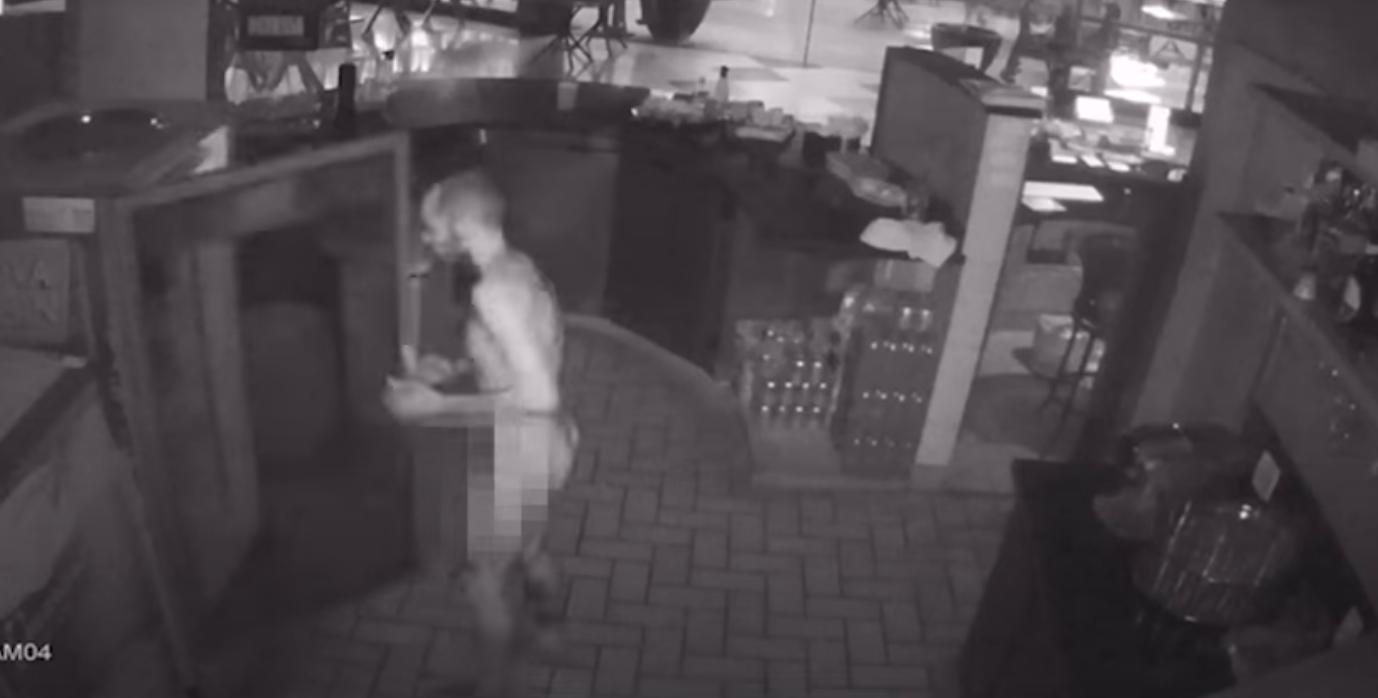 The incident took place in a shopping centre in the Federal District town of Cidade de Automóvel on 7 April, where the man was first spotted on CCTV footage breaking into a clothing store. He was spotted on camera wearing a t-shirt and shorts, pushing through the locked door of the shop.

He made it to the women’s changing room, where he climbed into the ceiling of the store to break into the bar next door. Captured on an internal security camera, he can then be seen dropping down into the beer tavern from above.

The video of the incident shows the naked intruder hunting through the fridge of the beer tavern completely naked, having removed his clothes after entering the bar. 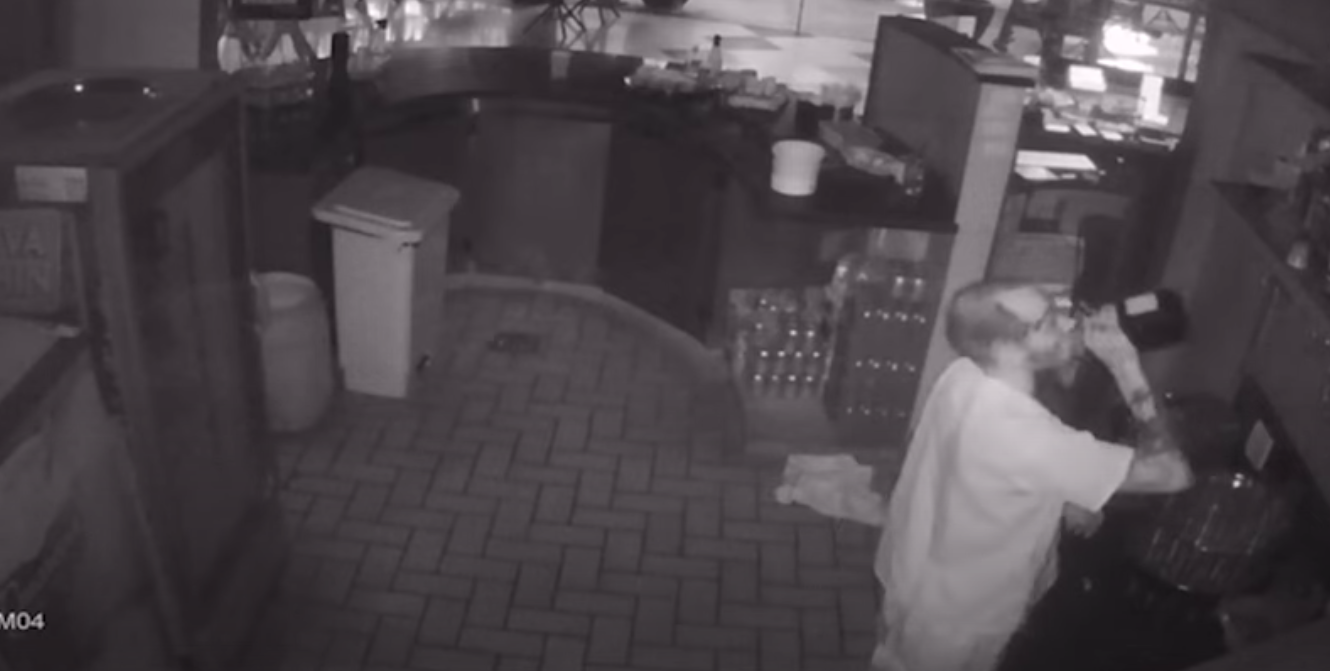 A later clip reveals the man, now fully clothed in a change of outfit, drinking a gallon of alcohol taken from a shelf in the bar.

The suspect fled the beer tavern without being caught, taking with him two mobile phones, a computer, $120 and a loading cart, Mail Online reported earlier this week.

Federal District police released the video on Tuesday, hoping the public could help identify the robbery suspect. Having removed all of his clothing, the video reveals several tattoos on the man’s body, including the word ‘Melissa’ written across his upper back.

Earlier this year, a woman dressed in glamorous evening wear was caught on camera stealing a pricey bottle of Cognac from a Santa Clara restaurant, in what was described as a “very well-choreographed” hit.

According to Deputy Russell Davis, spokesperson for the Sheriff’s Office, the theft was so professionally done that staff at Mount Hamilton GrandView restaurant in Santa Clara had to spool through security footage to find the moment the Cognac was taken. Read more on that story here.