Would you take a boozy bone marrow shot?

US restaurants are ditching shot glasses for something altogether meatier. But would you be brave enough to try a bone marrow luge? 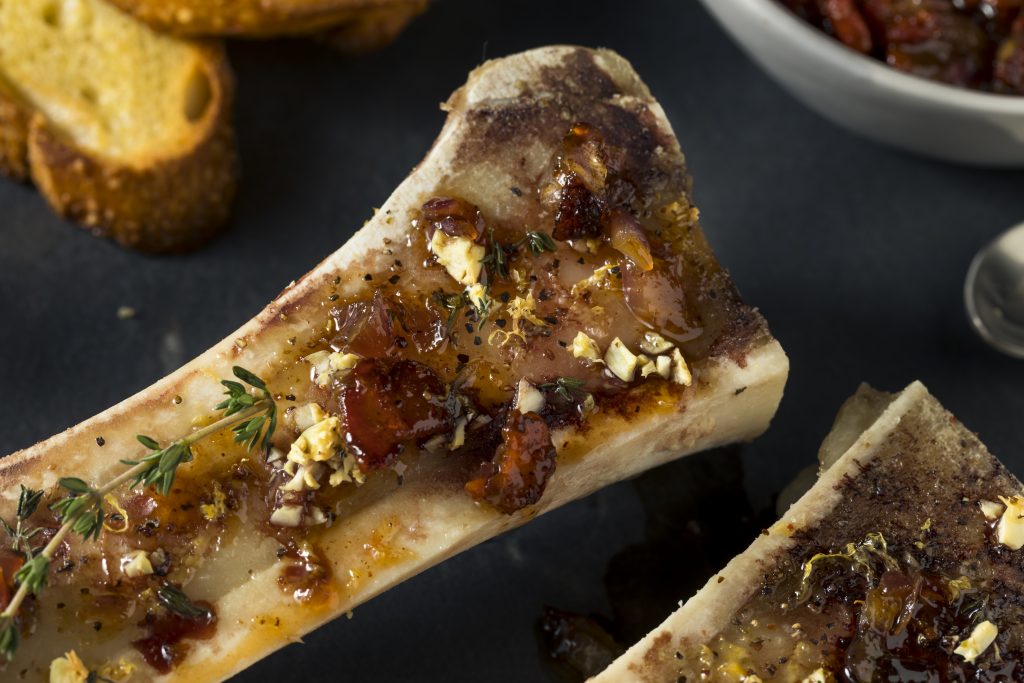 Picture the scene. You finish scraping the tender, fatty meat from the bone marrow dish you’ve just ordered and rather than see the tubular bone go to waste, you hand it over to the bartender. Said bartender pops it next to you mouth and proceeds to pour from a carafe of Sherry down the bone’s halfpipe and straight down your gullet.

The bizarre ritual was thought to have originated in Portland, Oregon in 2010 when bartender Jacob Grier ordered, completely off-the-cuff, a Tequila “bone marrow luge” at a local steakhouse he was eating at. Grier liked it so much that he decided to introduce the spectacle at Metrovino, the bar where he worked.

Now bars stateside are getting in on the action with the likes of Bestia in Los Angeles and Eastern Standard in Boston having completed “thousands” of bone marrow luges for curious punters.

The idea is that your spirit (or wine) of choice cascades down the empty bone shaft, helping to pick up any morsels of meat or drops of oil along the way. Increasingly, Amontillado Sherry is being used as it’s said to pair particularly well with the rich fattiness of roasted bone marrow.

According to Eastern Standard, there is definitely a right and a wrong way to administer your marrow luge. “If it’s a concave bone, pour the liquid into the deepest part of the bone away from you,” bartender Diego Peña told online publication Bevvy. “For a convex bone, pour into the middle”.

While vegetarian friends are likely to recoil, we can’t argue that it’s an intriguing, if somewhat grisly, drinking custom. And one for which you don’t necessarily need salt and lemon.