Finnish sports brand Karhu and Scottish fashion retailer Hanon have teamed up with Glenfarclas on an exclusive single malt whisky and training shoe inspired by the Highland games. 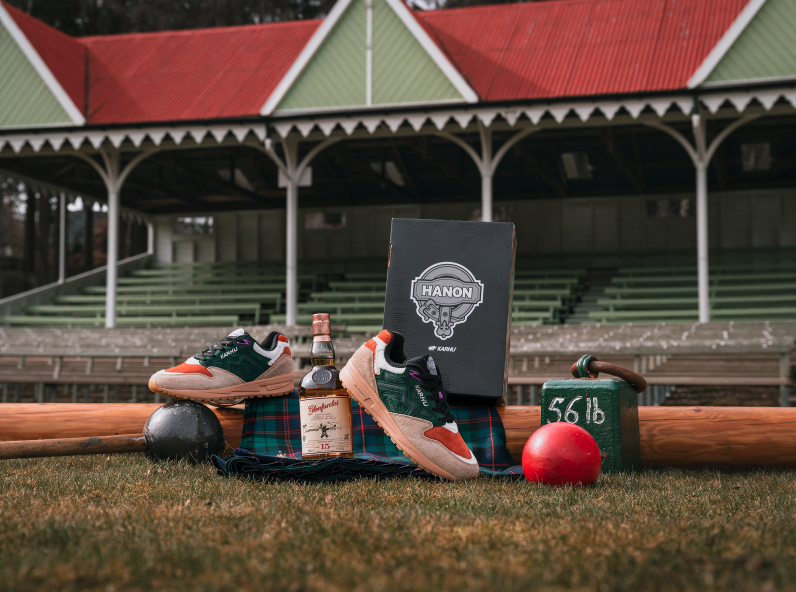 According to a press release put out by Glenfarclas, the shoe’s rich and bodied upper of rugged suede is a nod to the complex nature of a true single malt, while pony hair detailing appears throughout as a salute to the kilt sporran.

Hanon and Karhu have selected a Glenfarclas 15-year-old single malt Scotch whisky to mark the collaboration.

Glenfarclas is an independently owned and family run distillery located in Speyside, at the heart of the Scottish Highlands.

This special bottling, produced exclusively for Hanon and Karhu, is released to an edition of 348 at 51.5% ABV. Each bottle features a bespoke hand numbered labelling. 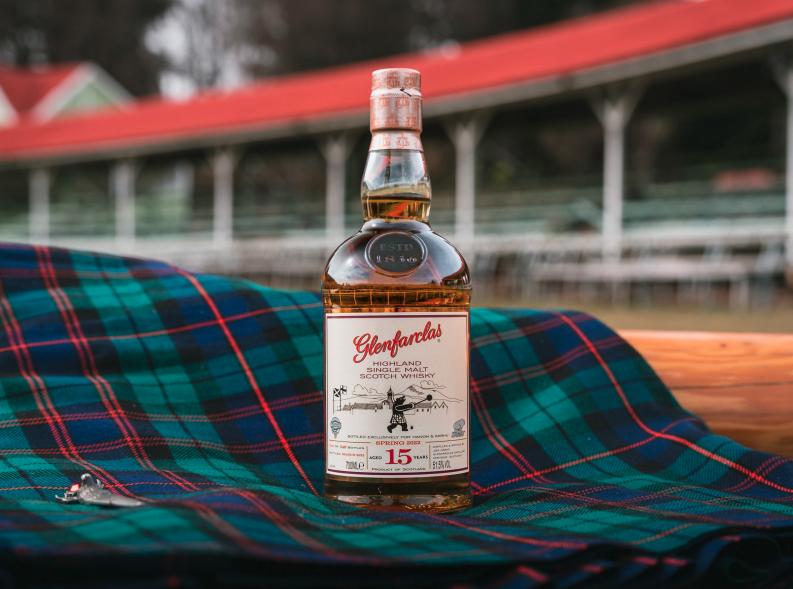 Just 200 bottles will be made available for sale online from Friday 22 April. A short run will also be released in-store at The Speyside Whisky Shop in Aberlour, Scotland. The remaining bottles have been distributed to private collections.

According to the brand’s tasting notes, the whisky boasts “sweet toffee notes with an array of dried fruity flavours on the nose”. On the palate, it develops a full flavour with balanced malt and sherried notes, followed by a warm and sherried finish.

Rare and collectable Scotch has been hitting the headlines for a while now, with auction records smashed on a regular basis since 2018. Read more on how Scotch whisky has made its mark on the secondary market, becoming a staple of the auction scene, by clicking here.