As Speyside distillery Glenfarclas celebrates its 185th anniversary, sixth-generation family distiller George Grant talks to the drinks business about the company’s longevity and why its independence has seen it sail through a tough 2020. 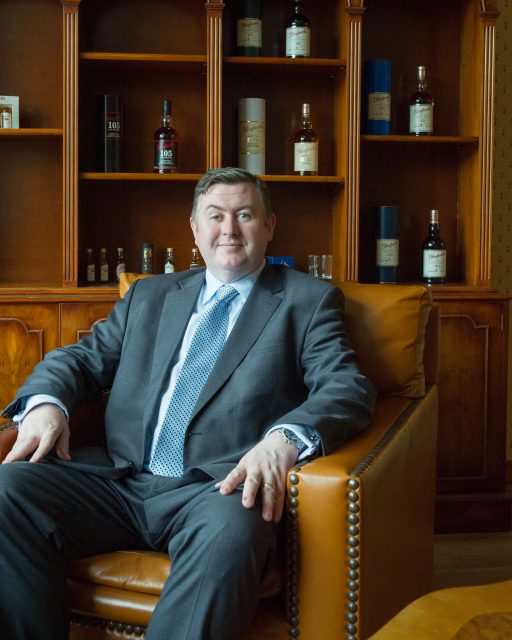 George Grant, sixth-generation family member of Speyside distillery Glenfarclas, credits the distillery’s incredibly longevity to its independence and the fact that it is family-owned. It is why Glenfarclas is still going from strength to strength, over 185 years after the distillery was founded.

“We celebrate 1836 as the year we were established, but my family’s involvement came about in 1865,” he says.

The distillery has weathered many storms, and up until 30 years ago, the family were still farming. It was really only in the 1990s that the distillery became the sole focus of the company, Grant explains. However, the pivotal year was 1951, when the law changed to allow mash and distillation on same day.

“It meant we could double production without extending the distillery, so we could make more stock,” Grant explains. His grandfather quickly had the foresight to recognise that this could ensure the distillery’s future and the survival of the Glenfarclas name and brand and took the decision to lay down whisky to ensure future stocks.”

“He took a big step knowing he was paying money to make whisky but he was never going to sell it,” Grant explains. “To survive as an independent family company, you need to be masters of your own destiny, and to do that, you need stock, so we made lots of it. But being the first person in any company to make that decision isn’t easy, it takes a bigger person than most.”

As a result, the family has an enviable stash of matured whiskies, from its famous Family Cask collection – the ‘Pokémon of whisky’, a £250,000 collection that spans every year from 1954 to 2005 – to last year’s release of a 50-year-old expression, from a second-fill cask dating back to 1969.

This year sees its 185th anniversary edition, a limited-edition release of only 6,000 bottles for the UK, made from a vatting of carefully selected casks and bottled at 43% ABV, which will be used to celebrate the impressive milestone.

It comes as no surprise that the Grant family has fiercely guarded itself as a family business. “Being a family-owned company, you just say ‘no’ when someone tries to buy you,” Grant laughs.

Never has this independence been more important than in the past year, dominated as it was by the global coronavirus pandemic. However, as Grant points out, people forget the other challenges whisky has faced.

“We’ve constantly had the threat of Scottish independence hanging over us, plus Trump’s trade tariffs, Brexit, then the worst snowfall in years,” he points out. 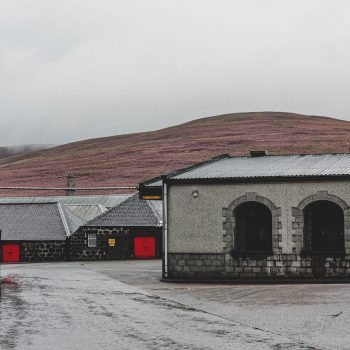 With all this to contend with, Glenfarclas’ size and independence have provided an invaluable agility that enabled it to adapt quickly. “We realised what would work and what wouldn’t, and started straight away,” Grant explains. “We’ve done 92 online tastings since the start of October, for example – we were doing Australian tastings at 7am, then on the same day in the US it started at 11pm, so it’s a long day.”

Being able to continue to do things with customers and keep them informed was crucial, and owning its own bottling facility also gave them great flexibility.

As a result, business has been “pretty good”, Grant says, and he is optimistic about 2021. “A lot of people sat and drank whisky during lockdown, especially single malts. Yes it’s an expensive product but people are definitely drinking less but better. People do have more money,” he points out. “Its growing with younger people, who are drinking it not just straight but also in cocktails, and ladies are coming to the world of whisky too. Yes, you’ve still got people being a bit cagey, but they are drinking as well and you’ve also got people ready to restock and get back into the swing of things.”

That’s not to say there haven’t been some change – for example in some Asian markets there was a switch in the demographic who’s drinking it. For example, in Japan, before Covid, people would go the buy a high-end expensive dram and drink it in a bar, but switched to younger whiskies at home, a change he sees as temporary, whereas in the United Kingdom and Europe, older whiskies proved popular in lockdown. 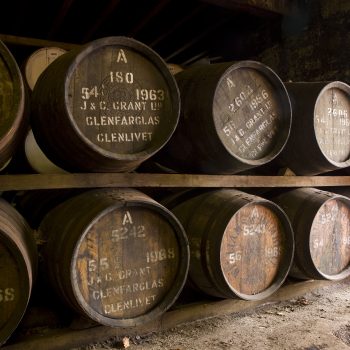 Grant hopes that in the post-pandemic world, things won’t simply go back to where they were before but that they will continue to reap rewards from some of the changes made in this year. “You’ve got a lot more online, but hopefully we’ll have a lot more people travelling again this year as well, so it will be a mixture of the two,” he explains.

“People are experiencing whisky at a younger age – they like the fact that it has a story, a history that you can talk about as you have a sip,” he says.

Whisky also ticks all the boxes for sustainability and traceability. As Grant points out, “Single malt can stand up and be counted as it has always had that traceability factor and credibility.”

As a result, whisky is continuing to increase its reach in new international markets around the world.

“In the 1950s we weren’t exporting at all, my father started to sell in France Germany, but now we’re in over 100 markets,” he points out.

“The whisky world as a whole has grown and changed so much and there is so much more interest in single malt.”

Business in Asia is continuing to grow, and the company has picked up no less than nine new export markets since March last year, including India, Pakistan, Cameroon, and Cambodia. “It’s interesting, there are still things out there we can go after,” he says.

Grant notes that for the past decade, he has often been asked whether he is worried about the rise of other spirits, such as rum, Tequila and international whiskeys, but despite the perceived threat, he remains sanguine. “Scotch whisky steadily plods along and only increases in popularity and will continue to do so.”