It was before the Easter weekend back in 2000 that Sainsbury’s started the whole idea of big discounts on champagne prices to draw the punters in. Left with large surpluses of stock of, mostly not very exciting champagne, bought in to meet the anticipated swell in pre-Millenium demand, the grocer set a trend that has been going strong ever since. 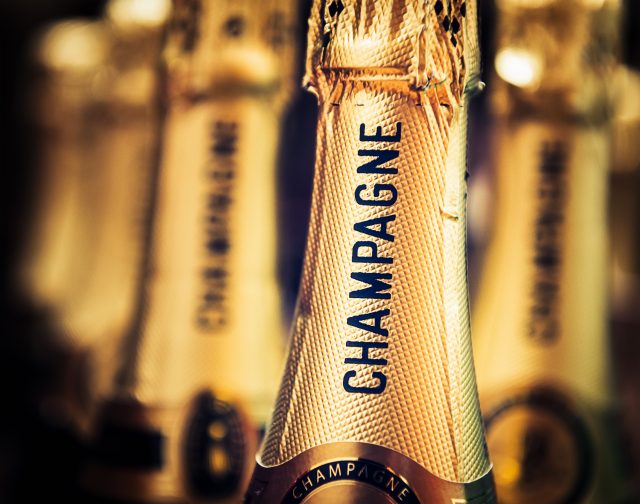 And despite cries of shortages towards the end of 2021, which certainly were not imagined as some producers chose to supply other more lucrative markets than the UK where retail prices for fizz are less sensitive, several of the big brands saw their prices discounted again pre-Christmas by the major competitors in the off-trade.

The problem in the supermarkets is amplified by the fact that Sainsbury’s, Tesco and ASDA often like to run simultaneous 25% price reductions on purchases of six bottles or more, as they are all doing again in the run-up to Easter in mid-April.

The only difference appears to be that many of the regular retail prices that they are discounting from, have risen a little over the past four months, as Champagne producers seek to pass on their increased costs on just about everything from dry goods right through to transport. At Sainsburys where the 25% discount on purchases of six or more bottles runs until this Saturday (16 April) certain brands are already discounted before the 25% can be applied.

The other wines already carrying a one bottle discount are Heidsieck Monopole Blue Top down £6 from £28 to £22, plus Pommery Brut Royal down £10 from £40 to £30. The full retail prices for Veuve Clicquot Yellow Label (£43), Laurent Perrier La Cuvée £42), Piper-Heidsieck (£36) and G.H. Mumm Cordon Rouge (£35), plus the pink offerings from Bollinger (£52), Veuve Clicquot (£49) and Taittinger (£44), all seem to have risen a tad and there are no single bottle discounts on these wines. The own label Sainsbury’s fizzes have no single bottle discounts, but the Etienne Dumont, currently supplied by Maison Burtin, part of BCC, drops from £16 to just £12 a bottle with the 25% discount, which can’t leave much room for profit.

Tesco’s 25% off deal runs longer until 18 April and they have concurrent deals on Piper Heidsieck down £10 from £35 to £25 a bottle, Lanson Le Black Label and Lanson Le Rose down to £28 and £32 a bottle, respectively, while Taittinger Brut Resérve and Taittinger Prestige Rosé are down to £34 and £40, respectively. If you want something more serious they have dropped the price of Moet Grand Vintage 2013 to £44, which with the 25% discount could drop to £33, which seems a decent deal for a quality wine (it’s £50 a single bottle at Sainsbury’s).

Their Louis Delaunay cheapest own label fizz drops to an even lower price that Etienne Dumont, if the 25% discount is applied, falling to just £10.50 a bottle. ASDA are selling Bollinger at £38 a bottle (down from £46) so with their current 25% discount if you buy six, it drops to £1 less than at Sainsburys at £28.50 a bottle. Heidsieck Monopole Blue Top is down £8 to just £20 a bottle and so could drop to £15 with the same 25% discount applied. It matches Sainsbury’s price on Moët NV.