YouTube stars SORTED food, who have more than 2.5 million subscribers, reviewed two offerings from Ama Brewery as part of their Food Trends series. 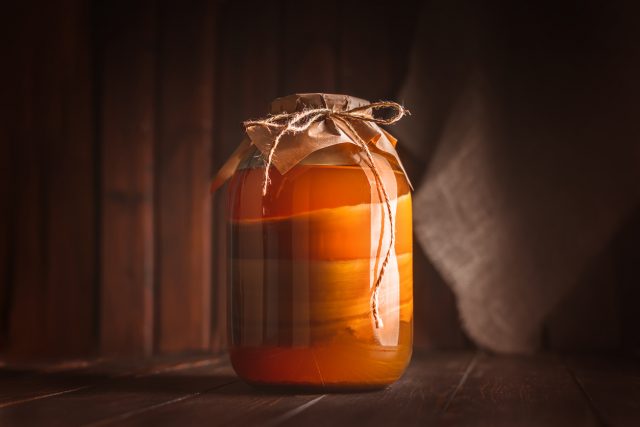 In the video, which also looked at trends such as home compositing and plant-based fish alternatives, they sampled BOST and LAU. Whilst both have a similar alcohol content (1.5% and 2% respectively), the former is flavoured with jasmine silver needle and the latter with milk oolong from Taiwan.

Ama Brewery are a Basque company using a global knowledge of loose leaf tea to reinvent kombucha as a premium product. They devised the low-ABV beverages as a means of complementing each of the eighteen courses on their tasting menu without running the risk of over-indulgence. For the video, SORTED paired the BOST with pork fillet on a bed of pearl barley, and the LAU with a dark chocolate and honey cake.

SORTED food has been a fixture of the YouTube scene for twelve years now, and the channel’s videos are structured to prompt discussion between the friendship group which is divided between Chef Ben and “Normals” Jamie, Barry and Mike. In addition to examining food trends, they also have series on pretentious food and drink products, premium versus basic ingredients, and cooking challenges.

When trying the LAU, Jamie noted that “it doesn’t have the funk of kombucha”, and Barry described the pairing with food as making the drink seem “more of a palate cleanser”. For the BOST, they noted that it was “more silky”, and the “creaminess makes the pearl barley richer” when paired. When asked whether it was “a sparkling success”, or whether it fell “a bit flat”, both agreed that it was a success, but they weren’t quite fizzing with enthusiasm.

Ama describe the brewing process for their range of kombuchas as “craftsmanship meets alchemy”. At €26 for the LAU and €28.50 for the BOST, they certainly occupy the more premium end of the market. However, there is definitely a demand for more kombucha, even if artisanal fermented tea hasn’t left its cultural imprint just yet.