Italy’s original sparkling wine, Asti Spumante, and its sister expression, Moscato d’Asti, have been overshadowed by the all-powerful Prosecco in recent times. But producers are on a mission to change that, writes Arabella Mileham 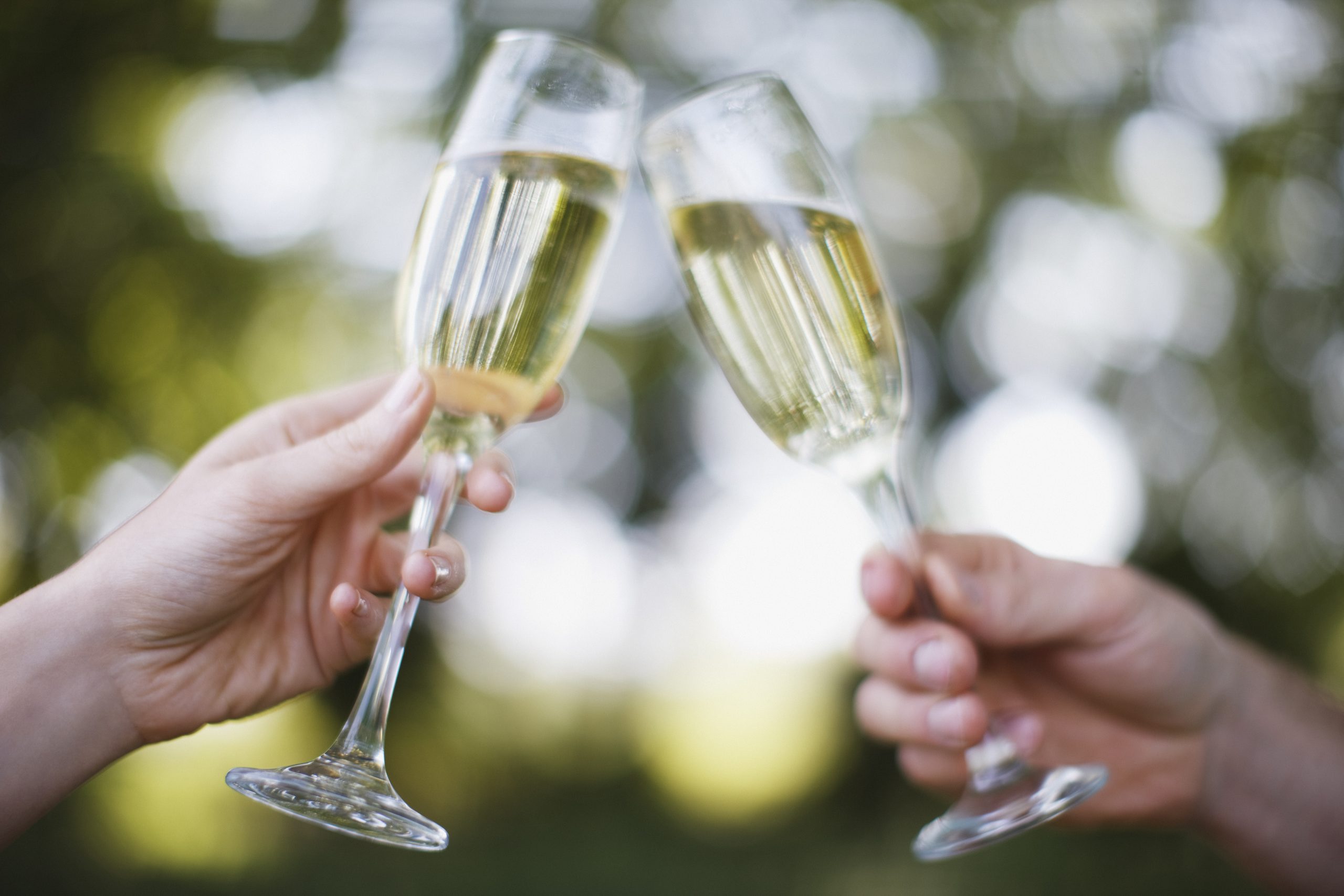 In recent years, Italy’s original sparkling wine, Asti Spumante, and its sweeter, semi-sparkling sister, Moscato d’Asti, have embarked down a new path. The Consorzio dell’Asti e del Moscato d’Asti DOCG, which represents both wines, are not only upping the quality of these delicate, aromatic wines and expanding the range to appeal to new consumers and occasions, it is also working to boost its commitment to sustainability and raise its international visibility

The plan is ultimately to bring these aromatic sparkling white wines out from under the shadow of Prosecco and showcase their quality.

Asti Spumante DOCG, and Moscato d’Asti hail from the chalky soils of the hilly uplands in South Piedmont, around the towns of Asti, Alba and Cuneo. The Moscato grape is ideally suited to the microclimate, producing delicate, musky and aromatic wines, with a good balance of sweetness and acidity. The region produces nearly 100 million bottles from 10,000 hectares.

It is now embarking on a major project to up its green credentials, which aims to certify the entire appellation as sustainable within five years through the Equalitas certification programme. This was established in 2015 as an integrated approach to sustainability in the Italian wine industry.

The sustainability project, which has been in planning for a year, will launch this month with a handful of wineries, producers and growers taking part in the pilot scheme, as well as members of the supply chain. They will work with the consorzio over the next two years to define the protocols for the region, establish water and carbon dioxide footprints, and understand the issues that may arise during the certification to solve problems and move onto the next step. More wineries will become involved as the project moves into the second phase, before being rolled out across the whole area of production.

It is a huge project, Giacomo Pondini, director general of Consorzio dell’Asti e del Moscato d’Asti DOCG admits. “We are a region of 10,000ha, and we need to certify at least 60,000ha, which will involve checking the quality of the vineyards, continuous analysis of grapes, leaves and soils, and we will have to implement software that will allow us to check 100% of the commendation,” he explains. “But we believe sustainability is one of the main values we need to rely on for the future.”

The project will run hand in hand with the consorzio’s mission to boost the quality of the wines. Since the organisation was founded in 1932, the consorzio has worked as the meeting point for producers to decide codes of production and how to increase the quality level, but this was formalised when, in 2012, the Ministry of Agriculture formally appointed the consorzio to control the quality standards of Asti Spumante and Moscato d’Asti on the market, as well as to promote the appellation, on behalf of the whole community of producers. This in itself has helped pushed everyone to raise the bar in terms of quality research.

“Maintaining high standards of quality is vital for our wines, especially when we deal with an aromatic grape such as white Moscato,” Pondini says.

In 2017 the consorzio broadened the range of styles for Asti DOCG to include a wider range of sugar levels, including dolce, demi-sec, pas dose and brut.

However the lower residual sugar in the aromatic variety can cause problems with the aromatic compound and risks bitter notes on the palate, Pondini explains, so the consorzio’s laboratory has been working to establish new vinification protocols to minimise this risk.

“In these protocols our research lab has focused on new technics for using yeast, different maturation sur lees, for both styles – classic and Martinotti/Charmat method,” he explains.

It is also investigating the impact of climate change on the aromatic profile of the grapes in a partnership study with the University of Pisa, which will help future-proof supply.

The consorzio is also committed to increasing the visibility of its wines, and last year signed a three-year sponsorship deal with tennis’s ATP Tour, which plans more than 60 professional tournaments all over the world.

The partnership saw Moscato d’Asti become the official sparkling wine of the Nitto ATP Finals, which were held in Turin in November, and able to partner single tournaments in specific locations. “We believe that we will give the appellation the international visibility that sparkling wines like Moscato d’Asti need to take root in the eyes of the consumer,” Pondini says.

Over the past few years, the consorzio has concentrated on rebuilding the image of its wines in the domestic Italian market, where core consumption takes place at Christmas and Easter.

However Pondini believes that this can be grown across the year, and it partnered with Italian chef and TV personality Alessandro Borghese on some major projects, as well as boosting its social media strategy.

“We have recently launched a campaign for Italy, especially on social media, where we are highlighting to a younger audience the great value of products with infinite matching combinations, whether in a meal or during a party,” Pondini explains.

“We are promoting our appellation in new combinations with food and, for younger generations, the immense possibilities that Asti Spumante and Moscato d’Asti have as an aperitivo as well as in mixology culture.”

However, the domestic market is a platform to key export markets, as visitors are keen to tap into the glamour of the Italian lifestyle.

“Russia is one of the important markets for Asti, and lots of Russian tourists come here, so if they don’t’ see people drinking Asti here, they won’t buy it when they go home,” Pondini explains.

The ATP platform will give the region greater reach into these markets, and brands the opportunity to promote their own products through the ATP. “There are two or three wine brands that are very important in Russia so those producers will have the opportunity to partner with the tournament in Moscow or St Petersburg,” he explains. “We feel that’s a good starting point for Asti producers.”

The US is another key target market and the consorzio has nearly doubled its US sales in two years.

However, as Pondini points out, there is strong competition in the US from Moscato from elsewhere in the world, including California, and the next step in the US and UK market is to define the region’s image.

He says: “There is an increasing interest for Moscato d’Asti in the US market, and we believe there’s still room to grow. But the goal for now should be cementing our roots in each market we export, as we are approaching our maximum potential of 100 million bottles.”

He adds: “We need to do something to be more important in those markets. Moscato at its best comes from our ideal and historic region, 10,000 hectares in the heart of Piedmont, in the Unesco area of Alessandria, Asti, and Cuneo.”

How Asti wines performed in the 2021 Global Sparkling Masters

Asti and Moscato d’Asti: the lowdown

• Following the recognition of the Asti DOCG in 1993, the two expressions, Asti Spumante and Moscato d’Asti, were identified as two different historic expressions of the same varietal, Moscato Bianco.

• Moscato d’Asti, a semi-sparkling aromatic white wines that ranks among the great wines of Piedmont, undergoes partial fermentation in pressure tanks until it reaches 5% ANV. It has a musky aroma and delicate floral flavour with herbal hints of sage.

• Asti Spumante DOCG is a sparkling wine based on traditional Piedmontese methods of spumante production that preserve its intense aromatics and spicy undertones.

• The range of products has broadened to include a demi-sec, dry, secco and extra-dry Asti variations with pas dose, brut and extra-brut also available using both Martinotti and metodo classico methods.