Château Cantenac Brown has commissioned artist David Popa to create artwork using the soil within the estate and plans to sell it as an NFT. 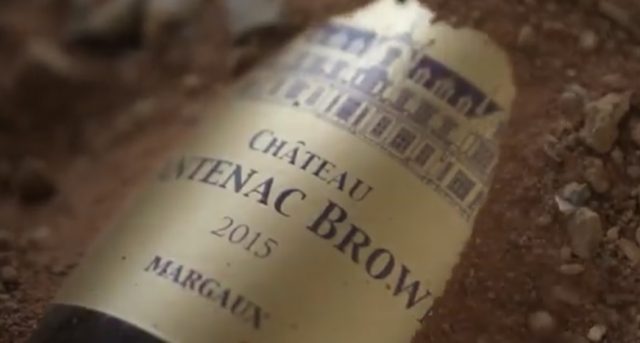 Speaking to db, Château Cantenac Brown owner Tristan Le Lous, who runs the Margaux third growth estate with his family, said: “There are many unique aspects of this project that lend itself to a wide range of potential consumers. Popa’s ephemeral artwork and the way in which we have chosen to preserve it, using drone video footage sold as an NFT is the first of its kind – this approach targets collectors of digital assets. The artwork will also be Popa’s first among vines, so this will surely be interesting to the art and wine collecting community.”

Last year, Château Cantenac Brown, unveiled plans to construct a new cellar built entirely from raw earth. While the new cellar will not be complete until the 2023 harvest, Le Lous has organised the art project in collaboration with Finnish artist David Popa in the interim, to demonstrate the power of earth.

Popa is known for creating art through a mixture of raw earth and natural pigments (charcoal and ground shells) and strives to replicate the artistic methods used in thousand-year-old cave paintings.

Popa’s fresco – built on the Cantenac plateau in front of the estate – will not survive the first fall of rain following its creation. However, the piece will pay homage both to his own relationship with the living world, and to the natural vine cycle.

Popa notes that the project combining science and art also connects him to Cantenac Brown’s winemaking and explained: “Everyone knows that the secret of an exceptional wine is, above all, the soil. It is this earth that I use as a medium, with all the respect we owe it.”

Le Lous added: “The raw earth used for the artwork, which is also the base material for our new, eco-responsible cellar, brings to light the subject of sustainability in a crucial era of climate change.”

The temporary artwork, entitled “The Power of the Earth” will be preserved as a video, and auctioned as an NFT in cryptocurrency – all proceeds will be donated to the Conservatoire du Littoral, a French natural conservation organisation.