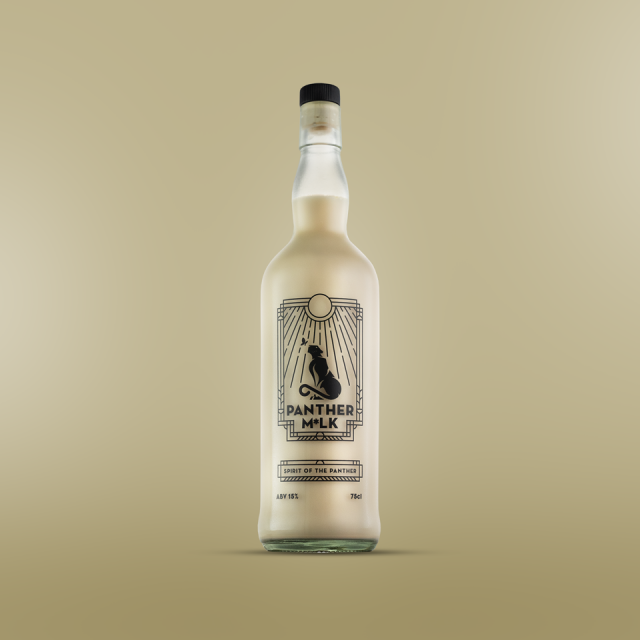 Panther M*lk, which blends plant-based ingredients, spirits and liqueurs, will be available in a vegan-friendly bottle and is being positioned as an alternative to cream liqueurs and rich digestifs for consumers who are avoiding dairy.

The original Panther M*lk is made with JJ Whitley gin, Rum 66, brandy, spiced overproof rum, vegan condensed milk and Minor Figures oat milk and will retails at £8.75 per 250ml bottle and £24 for a 70cl bottle, while its Strawberry flavour includes crème de fraises.

The cocktail was inspired by the classic leche de pantera, a potent milk-based alcoholic drink that originated in Spain in the 1920s and suggested serves include it being shaken and poured over ice with a sprinkle of cinnamon over the top, served as a shot or dram on its own or as an add-on to a liqueur coffee, hot chocolate or espresso martini.

Panther M*lk will be available via online stockists and various venues across the on trade, including the Caravan group.

Further limited-edition flavours, such as Chocolate, will be showcased throughout the year.