Château Mouton Rothschild has unveiled the original artwork that features on the labels of the 2019 vintage, which will be launched in a special one-off, single lot auction with Sotheby’s this evening (1 December). 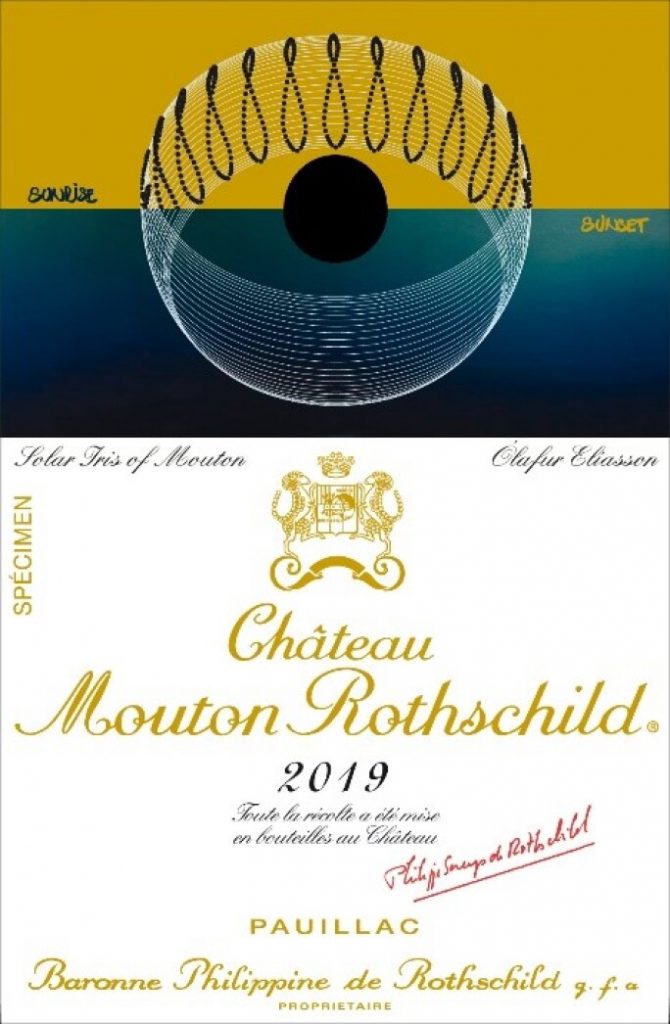 Icelandic-Danish artist Olafur Eliasson, who is best-known for his large-scale installation and sculptured art, created the original artwork, entitled Solar Iris of Mouton for the label of Château Mouton Rothschild 2019. The work celebrates “the alliance of sun and wine” and is described as being “at the intersection of nature, art and science”.

The tradition of commissioning a leading contemporary artist to illustrate the label, was first established in 1945, and the list of artists involved in previous years includes some of the world’s most famous names – Dalí, César, Miró, Chagall, Picasso and Warhol to name but a few. Many of these distinguished artists spent time at Château Mouton Rothschild, where their original artworks are displayed in the Paintings for the Labels room.

Eliasson described “Solar Iris of Mouton as “a map of all the sunsets and sunrises that take place over a year at Château Mouton Rothschild”.

“Depicting each hour of daylight and night-time that go into the growing of the grapes, it is a kind of signature for the vineyard, telling us something about the conditions in which the wine grew and the intimate relationship between the wine and its location,” he explained. “Tasting the wine connects us to the local environment, to the soil, and to the particular weather, seasons, and lighting of the place. Visible through the eye-like oculus at the centre of the label, the wine contains the golden sun, the earth, and the sky; it is local and it simultaneously bears a trace of the celestial.”

Julien de Beaumarchais de Rothschild, the co-owner of Château Mouton Rothschild and the person responsible for producing the label, added that he had been fascinated by Eliasson’s work for many years.

“His wonderful exhibition at Versailles in 2016 was a defining moment for me and I said to myself ‘One day, if he is willing, Olafur Eliasson will be one of Château Mouton Rothschild’s artists’. His art focuses on the essential and that is what he has managed to capture for Mouton Rothschild: time, the round of the seasons and the sun at the centre of everything, treated here in the form of a diagram,” he said.

In order to celebrate the release, the Chateau has teamed up with Sotheby’s for the online one-lot auction, which comprises a range of formats of the wine, including an exclusive double magnum, which has been signed by Olafur Eliasson and the family, as well as six bottles, three magnums, an Imperial and the only Nebuchadnezzar released on the market to date. 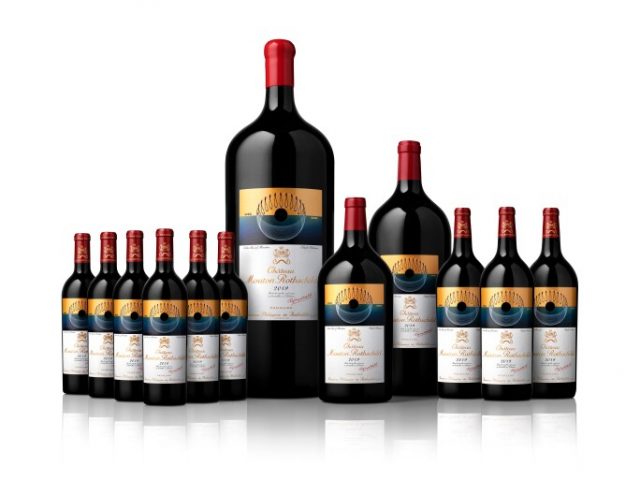 All proceeds from the sale will benefit the Bergonié Foundation, which supports the funding of targeted research programmes carried out by the Bergonié Institute, a private non-profit cancer hospital that is an acknowledged specialist in breast and uterine cancer and soft-tissue sarcomas. It is Bordeaux’s only regional inpatient and outpatient cancer centre and has been the beneficiary of the 2021 annual gift  to a local cause made bby the Philippine de Rothschild Corporate Foundation.

The charity was chosen by staff at Château Mouton Rothschild.