For more than 250 years sake producer Fukuju has impressed drinkers with its expressions that are aided by the incredible terroir the distillery calls upon. In terms of flavour profile, its refined mellow elegance is reflected in each sip 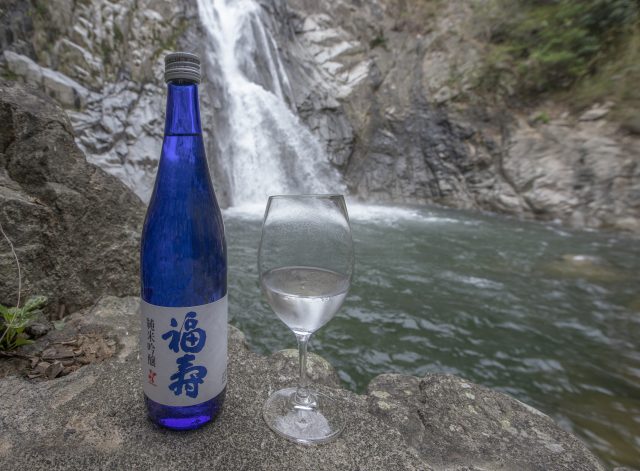 Since it was founded in 1751, Fukuju has made sake in the Nada district of Kobe, Japan. Nada’s prosperity as a sake-making area is deeply connected with what is known as the Rokko terroir. Even within this terroir, the special water known as Miyamizu has played a key role. 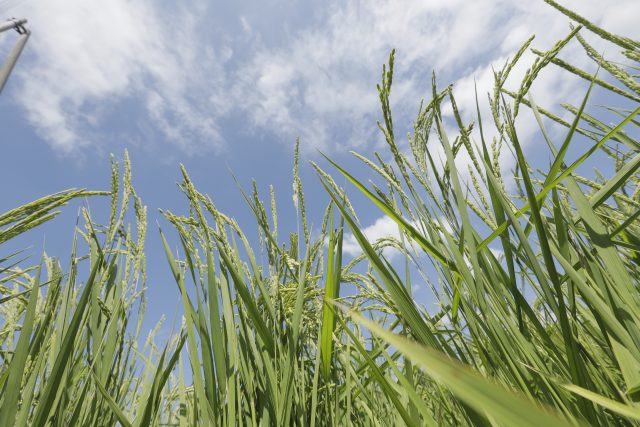 Miyamizu water contains large amounts of nutrients such as phosphorus and potash, which greatly affects the fermentation of sake. These nutrients are a gift of the terroir, a result of rainwater falling in the Rokko Mountains and percolating through layers of granite.

The rice used in the sake production plays a vital role in its flavour too. If the rice has too much protein content, then it is rich in amino acids, which give off a cloying umami flavour. Fukuju uses Yamadanishiki rice, which is very low in protein. It is grown in the foothills and valleys of the Rokko Mountains.

The paddies are located between 50 and 200 metres above sea level, in areas where the day and night temperature difference during the ripening phase is more than 10°C. This is necessary for growing Yamadanishiki rice of the highest quality. 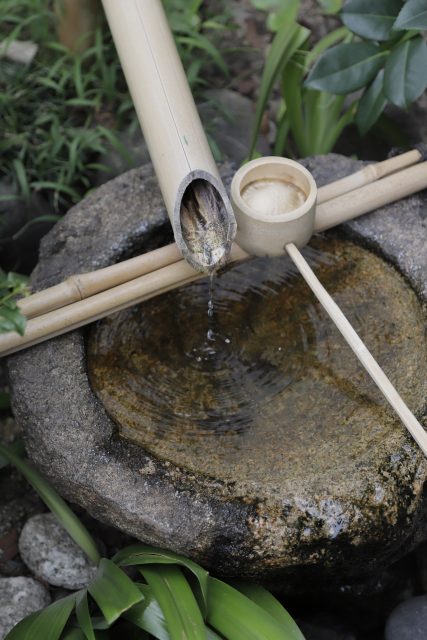 The region has 1,850 total annual sunshine hours, with an average temperature of 14.4°C, and total annual rainfall of 1,198ml.

The reason Fukuju sakes are described by customers as having “a dignified framework”, “a mellow and gentle mouth-feel”, and “a well-rounded, full- bodied flavour” is thanks to the bounty of the Rokko terroir.

Thanks to its unique aroma and smooth style, Fukuju’s reputation has grown both in Japan and overseas, leading to accolades such as its Junmai Ginjo being the sake of choice at the Nobel Night Cap – the final party of the Nobel Prize week.

Recently, Patrick Schmitt MW of db tasted the Fukuju portfolio, offering notes for each sake expression. His descriptive assessments are as follows.

Very open, aromatic nose, bursting with fruits, masses of ripe apple, with a tangy edge to it too. It has a sweet and sour character, like apple chews. The palate is more tangy with apple, citrus and some white peach. It is quite dry in style, smooth, gently oily, with some spice, a hint of sweetness, then lime, apple and peach characters. Finishes fresh, with a touch of varnish. 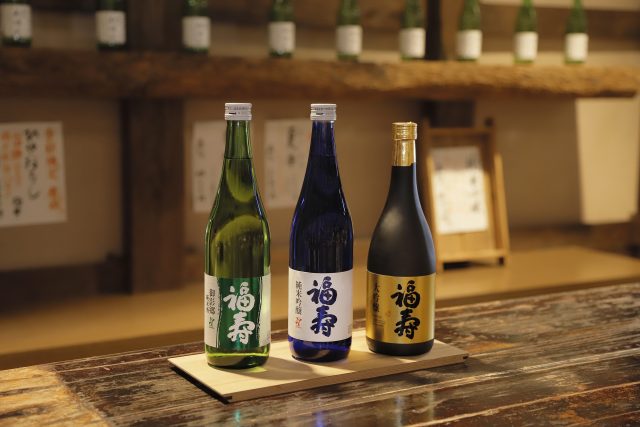 Inviting orchard fruits dominate this scented sake, combining apple and pear, along with some sweet notes, like pear sorbet. The palate is gently oily, with some sweetness, lots of fleshy peach and ripe pear. It is gently creamy and finishes with some fresh citrus. It’s long, fine, powerfully flavoured, but not heavy, with no burn. In short, it’s a very good, smooth-textured, refined, layered sake with persistence.

Open, inviting, fresh, aromatic nose, with creamed rice, fresh peach, ripe pineapple, pear sorbet, a touch of mint and lime zest. The palate is smooth, refined, gently sweet, with notes of pear sorbet, creamed rice, in Japan and overseas, leading to accolades such as its Junmai Ginjo being the sake of choice at the Nobel Night Cap – the final party of the Nobel Prize week.

An enticing, lifted, aromatic, fruity nose, with pear and peach, some ripe apple too. In the mouth it is fruity, with pineapple, sweet pear, peach, and a touch of cream.

Lovely, inviting subtle nose, with some lychee, peach and pear, along with some creamy notes. The palate is intense, but not overtly fruity, with gently sweet pear, pineapple, creamed rice, and lychee. There’s no burn, and it’s so smooth, with a wonderful texture; it’s oily, but not heavy and gently salty on the finish. It’s delicious, and the flavours last and last with salty pear sweetness lingering long after you’ve swallowed it.

Bruised apple note on nose, touch of vinegar, plums and baked apple. The palate is interesting, with some oily sweetness, texture, then with stewed plummy character, baked apple, firm acidity, and touch of vinegar on the finish, giving a sharp note after a sweet core.

It’s delicious in the mouth, with a fresh intense citrus character, sweet but bitter and zesty, mixing lime and grapefruit. It’s long, intense, but beautifully sweet at core then zesty on the finish.

It is gently oily in texture, but with a fresh finish. It is rich and intense in flavour, but soft and refined, with a delicious, salty edge.Very impressive.

Creamy nose, smooth, inviting, with ripe apple and fresh peach. It is gently oily in the mouth, with some background sweetness, apple and pear fruit, with a touch of warmth. It is layered and persistent, with a note of salt on finish, then a hint of varnish.