Hubert de Boüard has indicated that he will neither contest nor appeal the judgement of the Bordeaux criminal court which found him guilty of an illegal conflict of interest last month – but made it very clear that he finds the decision of the tribunal unjust. 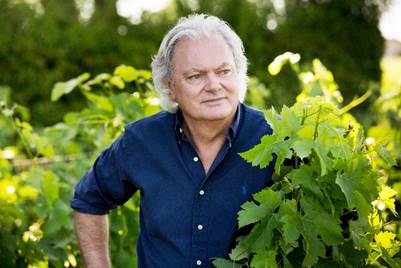 The Château Angélus co-owner was found guilty by a judge in Bordeaux of an “illegal taking of interest” in the drawing up of the classification of Saint Emilion in 2012 last month, and the Bordeaux District Court fined him €60,000 (€20,000 of it suspended)  – a decision he told the drinks business was “an injustice.

De Boüard has now confirmed that he will neither contest nor appeal the judgement – writing in an open letter to other winemakers that was seen by The Drinks Business.

He explained: “For almost nine years I have been the target of a particularly violent series of accusations which I consider unfair and unfounded. Seeking to discredit a classification in which they were not selected, a small group of winegrowers have proliferated procedures and personal attacks against me, accusing me, among other things, of having sought to use my position to influence the bodies responsible for the classification” (our translation).

“In my soul and conscience, I know that I have never acted contrary to my values. I never looked for anything other than to serve the collective and above all, I never favoured particular interests, let alone my own … For its duration, this procedure has served my detractors, leading them to launch endless controversies and to fuel attacks against my family, my collaborators and myself. That’s why, even though I find it unfair and unjustified, I have decided to put an end to this litigation definitively, and not to appeal this decision.”

At the time of the drawing up of the 2012 St-Emilion classification, de Boüard held a senior position in national appellations body the INAO, as well as being a senior figure in St-Emilion wine body the ODG.

Chateau La Fleur and the transformation of Lalande-Pomerol