When Château Angélus co-owner Hubert de Boüard de Laforest went in search of his own vineyard in the mid-1990s, Lalande-de-Pomerol wasn’t on his radar. “I looked at St-Emilion, but I couldn’t find anything to buy,” he recalls. “Then a good friend talked about this vineyard in Lalande-de-Pomerol. I have to say I wasn’t convinced.” 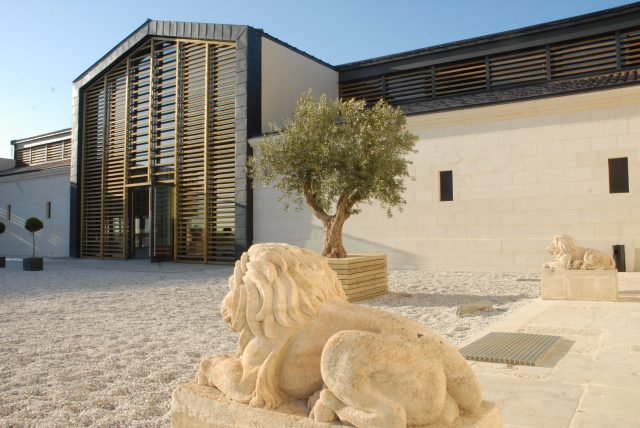 De Boüard’s uncertainty was understandable. After all, Lalande-de-Pomerol was the poor relation, gazing enviously across the Barbanne stream at the success and glamour enjoyed by Pomerol. This was the home of mostly workaday négociant juice, a cheaper compromise for those unable to afford its glitzy neighbour.

The vineyard in question, then owned by the village postman, is now known as Château La Fleur de Boüard. De Boüard was won over, he says, by the soils. “I investigated the terroir and I said, ok, this is really the terroir for me.” Lalande’s secret – much less of a secret today – was that its best vineyards shared some of the characteristics of Pomerol itself, including pockets of the much-prized blue clay found at Petrus. 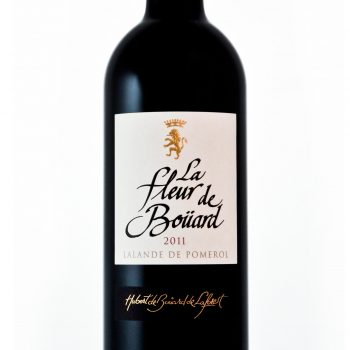 “We love that,” says de Boüard. “For me, this is the kingdom of the Merlot, but it’s not the kingdom of the Cab. We have people who say the Merlot is dead in the Bordeaux region. I can’t agree with that. Merlot will be alive in Bordeaux for the next 40 years, but it will be alive where there is clay, and good clay. And the soil must be alive – this is the first step to making a grand vin.”

When we speak, de Boüard is in London – a day after he was fined €60,000 by a court in Bordeaux – to show the Fleur de Boüard wines following the announcement of Mentzendorff as UK importer earlier this year.

But it’s taken time to get to this point. De Boüard’s daughter Coralie, who manages La Fleur de Boüard, explains that they spent 12 years, from 1998, “totally restructuring” the vineyard. Her father supplies the details: 40% of vines replanted, density increased from 6,000 to 9,000 vines per hectare, keeping old vines only where the quality was adequate.

More holistically, he was determined to “reactivate” the root system of the vines. “The root system is the key factor,” he explains. “People talk about young vines, old vines – no, it’s the root system, and we have to force the vines to develop that root system.” The material result of this was a shift in typical pH from 3.9 to 3.7 and vines less vulnerable to short-term shifts in weather conditions.

The other major change is a diminished presence of Cabernet Franc. “I am a fan,” says De Boüard, “but some of the Cab Franc was not good quality, so we planted Cabernet Sauvignon.” He prioritises gravel soils for the latter, and more clay-heavy spots in Néac for the former. The vineyard is still 85% Merlot, but the remainder is now equally split between the two Cabernets.

Mirroring the transformation in the vineyard was the opening, in 2012, of a “revolutionary” new winery, powered by gravity (plus an elevator) and notable for its distinctive upturned conical vats suspended above the floor. The design has since been used by the Symingtons for Chryseia in Portugal, elsewhere in Bordeaux, and also in South Africa, New Zealand and South America.

The point – and this is the mission of the domaine, according to de Boüard – is to favour fruit, freshness and acidity over extraction, although he confesses that we’re talking about fractional gains here. “You can feel a little bit more elegance in terms of extraction. The tannins you extract are not the tannins in the centre of the skin, but you just extract the good tannin, the elegant tannin. But I think the difference now is the difference in the detail.” 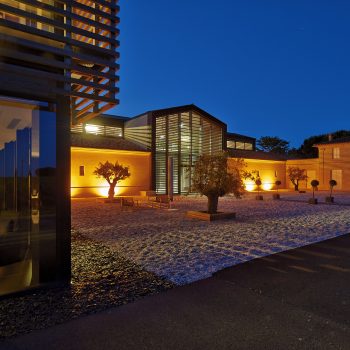 As well as La Fleur de Boüard’s core expression, there is Le Plus de la Fleur de Boüard, a 100% Merlot wine sourced from a block of the oldest vines, aged on the lees for 18 months and in barrel for a total of 33 months. The lengthy lees ageing reflects a pursuit by de Boüard of a more reductive approach in the winery, using lees to prevent oxidation and minimising the use of sulphur. “We want to work more on the reduction aspect to keep the freshness,” he explains – while warning that too much reduction, like too much oxidation, will detract from the final result.

Nearly 25 years after that sceptical first visit to the vineyard, de Boüard senses a more widespread shift in the perception of Lalande-de-Pomerol. “There has been an awakening in the region,” he says. “Now we have about 10 properties pursuing the same strategy. It creates a noise and we can see that because people are buying the vineyards.