Budget 2021: the Chancellor of the Exchequer has announced radical changes to UK alcohol duty that he said will create a simpler, fairer and healthier system. 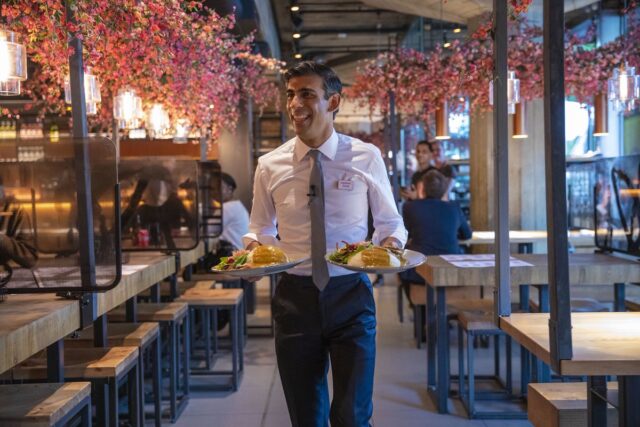 Describing the existing system as “outdated, complex and full of historical anomalies”,  he announced five key points that would create a system that is “simpler, fairer, and healthier.”

The number of duties has been slashed from 15 to 6, in order to reflect a “common sense principle” that the stronger the drink, the higher the rate.

This will see duty increase slightly on stronger red wines, strong ciders and fortified wines that he said has been historically ‘under-taxed’, but that many lower alcohol such as rose wine, fruit cups, liqueurs, lower strength beers and wines would pay less, having been  over taxed  “for many decades”.

Sunak said it was this rational step was the ‘right thing to do’ and would help “end the era of cheap high strength drinks which can harm public heath and enable problem drinking”.

He is also introducing a new lower rate for craft producers which extends the principle of small brewers relief to cider makers and other producers of acoholic drinks with an ABV of 8% or less; cutting the duty premium on sparkling wines, arguing that sparkling wine is no longer “just the preserve of the wealthy”;  introducing a new lower rate of duty for draught drinks and cancelling the planned increase on spirit duties. Finally, the duty on drinks made out of fruit – including cider – will be cut.

The Chancellor said that modernising the system would reflect how people drink today, pointing out the boom in Prosecco and English sparkling wine as well as fruit ciders and removing some of the “irrational” duty premiums.

“Over last decade sparkling wines like prosecco  has doubled,  English sparking wine has increased almost ten fold – it is clear they are no longer the preserce of wealthy elites and they are no stronger than still wines,” he said.

Beer drinkers and pubs are also standing to benefit from the new draught relief – a new lower rate of duty on draught beer and cider that is served from containers holding more than 40L kegs.

“This will particularly benefit community pubs that do 75% of trade on draugth,” he said, adding that it would cut duty by 5%

He said the was a long term investments in British pubs, which were struggling even before the pandemic, with the £150 million a year boost helping to cut the cost of pint by 3p.

However, before we all get too excited, with the exception of the freeze on the proposed increase on spirits, wine, beer and cider that was due to come into effect at midnight tonight, the proposed changes are not due to come into affect until February 2023 (although his decision to extend business rates relief to smaller hospitality venues, and abandon duty rate increases, will take place now).

Furthermore Sunak confirmed that the government will have to wait for a response to a consultation. Once bodies – include those such as the health lobby – have submitted their responses to the Budget by January, the government will confirm its ways to improve the alcohol duty system structurally and administratively, and set out its final plans.

Meanwhile, the Chancellor of the Exchequor has unveiled a new 50% business rate relief for the retail and hospitality sector that will run for a year to help business hardest hit by the pandemic, and  introduced changes to business rates, more frequent valuation cycles and changes that allow business owners to make improvements to their site without incurring a rates hike.