A jilted Love Island contestant has inspired the creation of a gin cocktail to reflect the bittersweet emotions of unrequited affection. 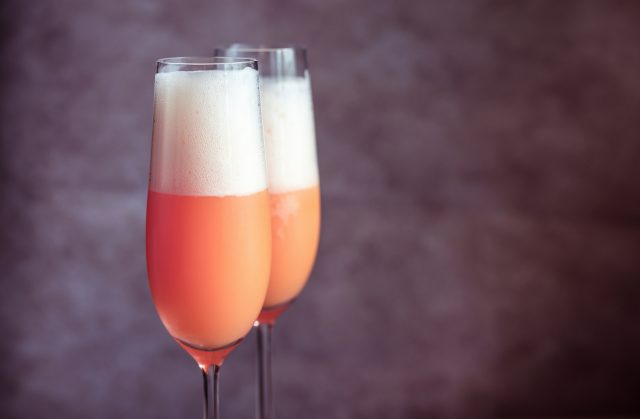 The cocktail, made by Copeland Distillery in honour of Love Island contestant Matthew MacNabb, has been heralded as a consolation prize for having been dumped from the reality television show, according to the Belfast Telegraph.

MacNabb lost his place in the competition after fellow contestant Priya Gopaldas blindsided him by choosing newcomer Brett Staniland to replace him as her love interest on the show. Until that time, MacNabb had been extremely confident in remaining in the villa, leading to a shock exit that has had social media reeling.

Named the Blindsided Bellini, as a nod to his surprising spurn, the cocktail is made from ingredients that have been sourced from the fields and farms of county Down in a nod to MacNabb’s hometown. The drink contains the distillery’s Rhuberry gin, lemon juice, sugar syrup and Prosecco.

“The gin used for the cocktail is made from the fruits of fields and farm in the local area and the sugar syrup gives it quite a sweet taste, but Matthew’s journey was soured when he was sent packing from the villa. That was a bittersweet moment, so the lemon works well, too,” said Copeland’s commercial director Mark Prentice.

Copeland Distillery founder, Gareth Irvine added that its Rhuberry gin is: “An ideal summer staple as at 37.5% ABV, it can be enjoyed simply with a mixer or used in cocktails like the Blindsided Bellini, which we created to mark Matthew’s time in the villa. We wish Matthew, a fellow county Down man, all the best on his future outside the villa and hopefully here on home soil.”