US winery Ste Michelle sold to PE firm for US$1.2bn

One of the US’s largest wine estates, Ste Michelle Wine Estates, has been sold to a private equity firm for US$1.2billion. 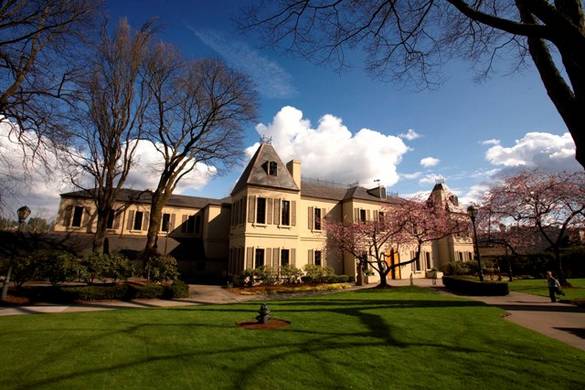 The wine estate, which is the oldest winery in Washington State and accounts for nearly 60% of the state’s wine production, has been owned by tobacco and cigarette producer Altria for over forty years.

The new owners are New York based Sycamore Partners, whose portfolio includes a number of consumer and retail brands. The sale, which is thought to include around 30,000 acres of vines in Washington State, Oregon and California, is expected to go through in the second half of the year, once the necessary finance and antitrust clearances have been met.

As well as the flagship Chateau Ste. Michelle estate in Woodinville wine country, the company owns several estates in Eastern Washington, including the Canoe Ridge vineyard in Horse Heaven Hills AVA, and Cold Creek vineyards and Indian Wells in the Columbia Valley AVA. It is also the world’s largest producer of Riesling.

Ste Michelle Wine Estate CEO David Dearie said he looked forward to working with the new owners, adding that the company’s managers believed it was “well positions to help drive the next phase of growth”.

Spokesman Ryan Pennington was quoted in the Seattle Times saying that the new owners had reassured staff, stating “explicitly” that the 800-strong workforce should not be worried about their jobs or benefits.

“I think that is a reflection of the fact that they recognise they are buying into our plan, our people and our culture as much as they are buying the company itself,” he told the paper.

According to Pennington, the plan is to boost marketing on the company’s two largest brands, Chateau Ste Michelle and 14 Hands, although there are no plans to streamline the portfolio, he said.

Officially founded in 1967, the wine estates dates back to 1954, when the National Wine Company and the Pomerelle Wine Company merged to form the American Wine Company. Over time it has added to its portfolio, acquiring Oregon’s Erath brand in 2007 and California’s. Patz & Hall in 2016. Other brands include Stag’s Leap Wine Cellars in California, Columbia Crest and Instrinsic, as well as importing and marketing Antinori and Champagne Nicolas Feuillatte in the US.

It comes after fortunes at the company were hit, with sales falling $2m in 2020 to $689m and operating profit falling from $50m to a loss of $3m, according to filings with the Securities and Exchange Commission. The effect of the pandemic and lockdowns resulted in a loss of 300,000 visitors to the winery and a 12% fall in volumes, or 7.3m cases as sales through the on-channel plummetted. This resulted in a $392m write-off of inventory in the first quarter of 2020.

However some analysts noted that growth had started to slow down at the winery as early as 2016, as demand stagnated but plantings continued to grow.