More than 35 tonnes of equipment has been dismantled in Moray, Scotland and shipped to China to create Inner Mongolia’s first whisky distillery from scratch. 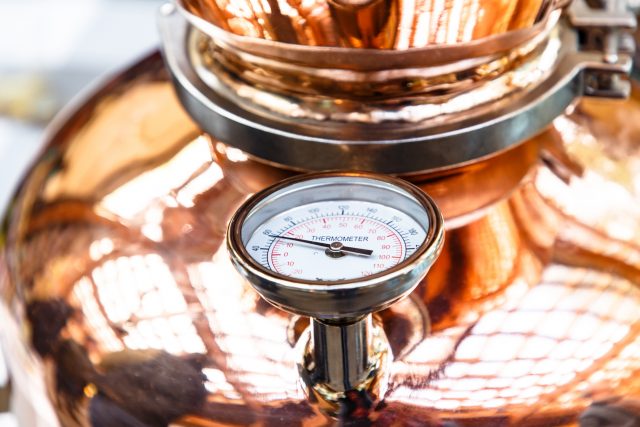 A landmark deal signed between Scottish firm Valentine International and China’s Mengtai Group has seen a whole distillery in Moray, near the Scottish Highlands, taken apart and transported almost 5,000 miles across the ocean to the Chinese port of Tianjin.

The impressive haul, which includes stills, flooring, control valves and pipework is headed to Ordos in Inner Mongolia as part of a ‘design and build’ deal struck in 2019 to establish the first whisky distillery in the Chinese region.

Forsyths of Rothes in Morayshire has been contracted to oversee the project and five of its engineers will accompany the haul on its journey to China in order to supervise the assembly of the equipment, worth around £3 million, when it reaches its destination. The firm also has a team in Hong Kong to provide sales back-up and services.

“It is the first project that our company has won in this province. We look forward to repaying that faith with a first-class distillery capable of producing high quality premium malt whisky.”

The move represents the first foray into whisky for Mengtai, whose core businesses include coal production, electricity generation, aluminium fabrication and the distribution of urban heating systems.

The original plan was for the new distillery to produce its first batch of malt whisky by the end of 2020. However, delays caused by the pandemic means that the new completion date is now expected to be towards the end of 2021.

David Valentine, international chairman and managing director at Valentine International, told the BBC: “Scotland is the home of whisky and has the greatest expertise in terms of distillery equipment manufacture, which is why Mr Fengting (Mentai chairman) believes we will deliver a world-beating project for him in Ordos.”

In a separate development, Valentine International has signed a “strategic agreement” with Mengtai to supply bulk whiskies for China.