You can now get paid £5,000 and a year’s supply of beer to drink Camden Hells Lager

If you want to get paid to drink beer, then Camden Town Brewery is offering you a covetable package that includes £5,000 and a year’s supply of beer to become their Chief Freshness Officer. 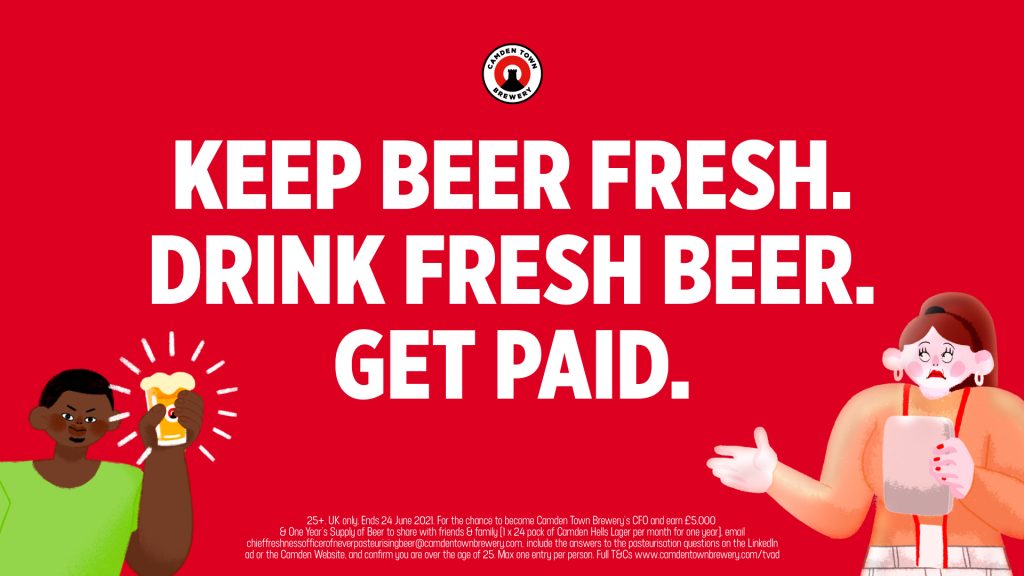 Yes, Camden Town Brewery is continuing its campaign to market just how serious it is about super fresh beer by advertising an enviable new position for any beer lover.

The Chief Freshness Officer’s (CFO) “sole responsibility will be ensuring its beers taste Fresh as Hells”, per a press release.

If this sounds like an appealing way to spend your time – and let’s face it, it does – then all you’ll need to do is prove that you’re over 25-years-old and have a “passion for all things fresh”.

“The aim of our first ever nationwide TV campaign was to grow awareness and drive trial of our great tasting, never pasteurised beer. We launched the ‘Recall’ ATL to show beer fans that pasteurising beer is something we would never do, and as a second phase of the campaign, we’re now looking for a Chief Freshness Officer to continue to highlight our never pasteurised message,” said Zoe Wulfsohn-Dunkley, Head of Brand Marketing at Camden Town Brewery.

We’re looking for someone who loves fresh beer almost as much as we do, and who understands why pasteurisation is the worst thing we could ever to do our beers. We hope the campaign educates beer drinkers on why drinking unpasteurised is the best thing you can do if you’re passionate about delicious tasting beer.”

Applications for the Chief Freshness Officer role are open now. To apply, simply email  chieffreshnessofficerofneverpasteurisingbeer@camdentownbrewery.com, including answers to the questions posed on the brewer’s website.

We previously reported that the brewer was recalling “pasteurised” cans of its lager, as part of a wider campaign to promote the brand’s fresh approach to beer-making.