The French winemaking group produces AOC and varietal wines from France’s main wine growing regions including the Loire, Burgundy, Beaujolais, Rhône Valley, Languedoc, Provence and Gascony, but it’s primary estate lies in the outskirts of Bordeaux, close to the Garonne River, which has become the hotbed for new ideas.

For example, the company has recently teamed up with French start-up Chouette, which specializes in precision viticulture and vineyard mapping by drone and has developed its own artificial intelligence software. This is being used by the Chateau Magnol winegrowing team to help them made decisions on handling disease detection, counting of missing plants or even analysing the vigor of the vines.

The drone autonomously flies over the vineyard and is capable of performing multiple complex analyzes in a single flight, providing precise data to the winemaking team. By broadening their understanding of the vineyard, they can save precious time and make better decisions about the vineyard. 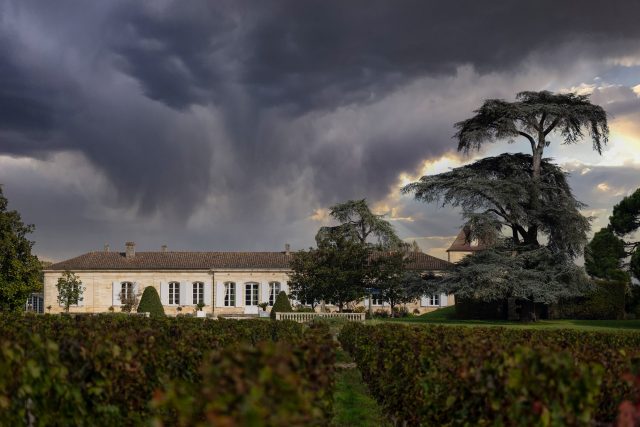 This all feeds into the company’s overarching desire to boost its sustainability and constantly develop greener ways of growing vines.

“Climate change is the biggest challenge we’re facing,” Prada says, pointing to last month’s strong frost, the humidity in May and June last year, and growing problems of drought as some of the big challenges winemakers are facing each year.

“It’s complex, but we have to face it,” he states. “You have to be recreational, there is no easy way or definitive solution, you have to adapt very quickly to a variety of things. So that’s challenging.”

Certification ‘not a given’

It’s been an ongoing project. The company’s first step was to stop using herbicides and lessen its use of pesticides, retraining themselves in ways to manage the soil better, remove the grass below the vines and deal with mildew and pests in a more innovative, biodynamic way. Prada says has been “extremely interesting” and has prompted better microbial health in the soil.

“The biodiversity is increasing and a lot of very positive things are due to the new practise of soil management,” Prada explains. “We have to be very accurate in the way we apply treatments, we have to learn more about the disease and there’s no automatic, easy treatment. For example, we’ve stopped using the insecticides, now we use sexual confusion, (pheromones) a way of avoiding the grape fly insect, which is our main problem with vines.”

The flagship Château Magnol has been certified with the the High Environmental Value Level 3  certification since 2017, and the team are working on bringing the same ethos to all Barton & Guestier’s producer growers. They want all the growers to have a good environmental certification such as Plan B. 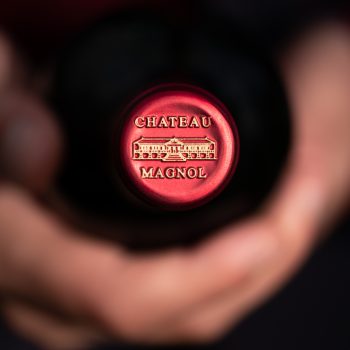 “My goal is to have all of our existing supplier certification by vintage 2022,” Prada explains, adding that it is something the have bene working on for a long time. “It’s why we have also been active on Château Magnol so that when we visit winegrowers, we have the example of Château Magnol to discuss with them and show what is feasible and extremely important. At the beginning they were a little reluctant, but now everyone is going that way and in quite a short space of time

However he argues that bio certification is “a must have”, both in terms of consumer demand and for trading on some international markets.

“For sales into the Canada board and Nordics monopolies, you need to have this certification to apply for a tender, but what is new is that we really have pressure from the US. Two years ago it wasn’t a subject, now it’s part of the sales argument,” he explains.

“Trade is really key to have this type of certification from us. So that’s why we’re moving fast on this.”

Despite the “huge pressure from marketing to have this certification on the label”, Prada would rather take time to get this right than risk  ‘green washing’.

As he points out, the rules are becoming more strict and certification is not a certainty, it is difficult to obtain.

“It’s not just something you can get one day [and that’s it], every year it becomes more and more challenging. So you cannot us sleep on your laurels, you have to  improve every year,” he says.

Another recent improvement has also seen a shift in Château Magnol’s profile towards a fruitier, more accessible style, which has come about in the last few years with the Château’s new winemaking team. In order to ensure a smooth transition in the run up to previous cellar master Bernard Fulloy’s retirement in 2018, Prada and Fulloy and the incoming cellar master Alexandre Caffin and new vineyard manager Jean-Bernard Duluc started working with Château Angélus’ Hubert de Boüard as winemaking consultant in 2015. Following Fulloy’s retirement in early 2018, the new team have taken over, with Prada himself more directly involved.

Caffin’s first vintage was 2018, and Prada says he is very happy with the results.

“Château Magnol has always been an elegant, juicy very Bordeaux style wine – easy to recognise and that’s why it’s one of our flagships, it’s a very fruity kind of Bordeaux wine,” he explains. “What we’re trying to do with de Brouard consulting is to have a bit more juiciness and ripe, brighter fruit, so we changed the practise a little bit.”

The focus on having the greenest practises and boosting the environment is not surprising, given that Château Magnol largely owes its continuing existence to a small species of turtle. The château is situated in the suburb of Bordeaux, so there are the usual difficulties of living close to the suburbs and the threat of the sprawl of the city. However the tiny la Cistude d’Europe (European pond turtle) lives in the 260ha Reserve Natural de Bruges close to the vineyards, so the nature reserve and surrounding environs are protected from development by the encroaching city.

Next on the list for Barton & Guestier is upping its corporate social responsibility.

“The reason is we’re not far from our 300th anniversary and we want to reach this age. It will be in 2025, so we want to ensure the sustainability for the next generation of B&G. That’s our responsibility as managers of the company,” he says.