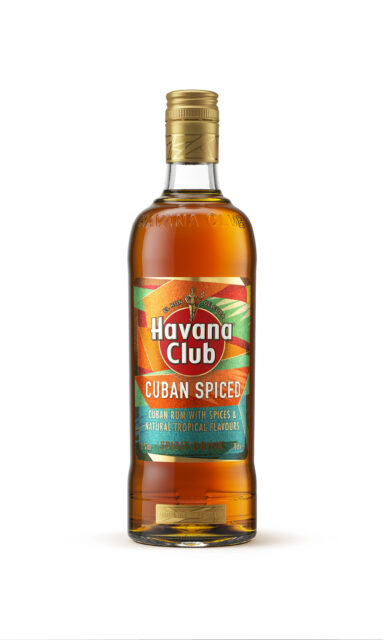 Pernod Ricard hopes the new variant will appeal to both new and existing rum drinkers looking to explore the category, and recommends serving the spirit mixed with coke, ginger, or coconut water.

Anne Martin, global marketing director at Havana Club International, said: “The concept behind Havana Club Cuban Spiced was to create a product which would appeal to a growing audience of spiced fans while also celebrating our renowned double aged rum for which we are famous. We know that more than two-thirds of young adults that purchase rum opt for spiced [Dunnhumby data] offerings so we have a created a fusion of exotic flavours that will appeal to these drinkers.

“The result is a perfectly balanced offering that’s tropical on the nose, sweet on the palate and finished off with warming spices and hints of nutmeg and cardamom for a delightfully warming edge. We are proud to introduce this truly distinct rum-based spirit drink to the Havana Club range. We are confident that the gender-neutral look and feel of the bottle will stand out on shelf while its vibrant flavour will make this a modern-day cocktail staple.”

The 70cl bottle will be launched in the UK on 15 March with an RRP of £22. The spiced rum will subsequently be rolled out globally.