What’s been a “disaster” for the hospitality sector has been “incredible” for retailers when it comes to Champagne sales in the UK during key consumption occasions: Christmas and Valentine’s Day. 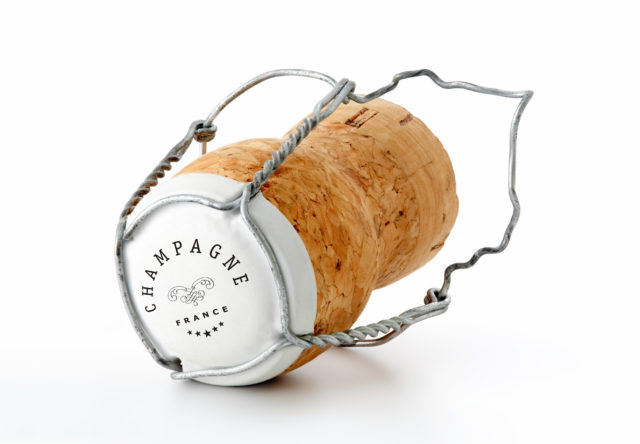 According to specialist Champagne businesses in the UK, including the biggest player in the sector – Moët Hennessy – Covid-19 related restrictions have created a surge in retail sales for the upmarket French fizz, particularly if you are a famous brand, and especially via online channels.

Looking at the end of last year, proving just how much the market for Champagne grew over the festive period compared to the lacklustre performance during the first lockdown in the UK, managing director of Moët Hennessy UK, Alexei Rosin, told db that this 12-week year-end period accounted for almost half of 2020’s total retail Champagne sales.

He said, “The Christmas period accounted for 46% of annual Champagne sales in the off-trade and in fact Champagne grew the fastest out of all beers, wines and spirits, growing at 28% year-on-year.”

Continuing, he said, “This growth was driven by adding 345,000 new households to the category,” while also recording that “Some of this [growth] was definitely also a trade up from sparkling wine for Christmas 2020.”

Notably, these sales weren’t focused on the cheaper, discount-driven end of the Champagne market in the UK, which tends to revolve around retailer ‘exclusive’ labels, but centred around upmarket established brands, known as Grandes Marques in Champagne.

He observed, “Interestingly, 89% of the value increase in Champagne was driven by branded Champagne rather than own label,” adding, “Moët Hennessy UK’s value share of Champagne was 29%.” (Source: Nielsen, 12 weeks to 02.01.21).

He continued, “Our figures do show that branded Champagne – for example Moët & Chandon and Veuve Clicquot – are performing better than own label brands and retailer exclusives – an increase of 10% in 2020 in the GB off-trade versus a decrease of -3%.”

Meanwhile, in terms of Champagne categories, it is higher-value sectors where the growth has been greatest, with NV Rosé volume up by 14%, Vintage by 9% and NV Blanc by 3%. (Nielsen GB off-trade total year 2020 vs 2019)

Such increases have also been recorded by Nick Baker, founder of The Finest Bubble – an online Champagne specialist retailer which boasts the largest range of the fizz in the world.

“We have more than doubled our business since the start of 2020,” he told db. “We are up 220%, and a lot of that came at the backend of the year; we had an incredible level of trade in the last weeks of December – the only months that were a bit more normal [for The Finest Bubble] were July and August, because the country was not in lockdown, and so people were doing normal things.”

For Baker, driving such an increase in sales of Champagne via his business has been a need to send Champagne as a gift in place of sharing it with friends – something that has not been possible as a result of Covid-19-related restrictions in the UK.

“The gifting market was mad in October, November and December, and is still much busier than it was, as the lockdown provided gifting opportunities that weren’t there before: for example, sending a bottle of Dom Pérignon to your top 20 friends because your wedding could not happen… and we saw a lot of corporate business in lieu of a Christmas gathering,” he said.

But he’s also seen a growth in Champagne sales purely for consumption, and this can differ from the gifting market which tends to revolve around famous brands and top-end expressions.

“People aren’t gifting £30-£35 Brut NV, but prestige cuvée and vintage tier Champagnes from a recognised brand, but we are also seeing more and more customers coming on board who are drinking Champagne on a Wednesday night for no other reason than it’s a Wednesday night,” he commented, pointing out that this latter sparkling wine occasion was more likely to involve “smaller brands and houses”, mentioning the likes of Ulysse Colin, Pierre Gimonnet and Drappier, “who have reared their heads up in Champagne.”

Considering the first major Champagne-drinking occasion of 2021, St Valentine’s Day, Baker also observed a fillip to his online business. “We normally see an increase in sales of around 10-15% for Valentine’s Day, but this year I could tell something had happened, we had a lot of deliveries going out, and I don’t know if that was because it fell on a Sunday and it was during a lockdown, but it was definitely a lot bigger,” he said.

Also recording a big boost to sales during this recent Champagne occasion was Rosin, who said that Nielsen GB off-trade figures to the week ending 27 February showed “that there was an increase of 29% year-to-date versus the same period last year – which of course covers Valentine’s Day and a continued increase in e-commerce.”

Such a story of Champagne sales growth in retail so far in 2021 was echoed elsewhere, with a sell-out for Champagne Bollinger in the run-up to Valentine’s Day recorded by Andrew Hawes, chairman of the country’s Champagne Agents Association, as well as managing director of Mentzendorff – the importer for Bollinger and Ayala Champagnes in the UK.

“There has been a trend of staying in and treating yourself by trading up, which has benefitted the established houses,” he said referring to Champagne brands such as Bollinger sold through retail channels.

However, he reminded db that what’s been great for retailers, “has been a disaster for the on-trade.”

Presenting the sharp contrast between on- and off-trade performance, he said that sales of Bollinger, which is widely distributed in the retail sector, and extremely well-known, have “gone through the roof”, while the Ayala Champagne he also distributes, which is less famous and mostly sold through the on-trade, had been suffering.

Indeed, he said that Mentzendorff had “run out of stock of Bollinger” in the run up to Valentine’s Day, recording that, for example, “The rate of sale in Amazon was up five-fold, and 2-3 times up via the multiple grocers, with a much bigger spike for rosé.”

However, “Sales of Ayala, which is a premium pouring Champagne in a lot of nice on-trade establishments, are down significantly, because that business just isn’t there,” he said.

“So, house Champagne brands with large a proportion of business in the on-trade are suffering, on the other hand, premium established brands with a consumer brand equity are selling vast amounts, particularly online,” he summed up.

Rosin also observed the huge impact of a shuttered hospitality sector on Champagne sales, with the on-trade accounting for around 40-45% of sales by volume of this French fizz.

Having assigned the strong recent performance of Champagne in the UK market to a “staggering increase in e-commerce which started its incline as soon as the pandemic hit” he reminded db that such growth was not enough to offset the huge decline in business through the hospitality sector.

He commented, “Of course, it doesn’t make up for the closure of the on-trade, and this is where the entire Champagne category has really been hurt: CGA figures from the 12 months to end of November 2020 show that Champagne volume sales in the on-trade are down by 52% of the moving annual total.”

Continuing, he said, “Normally, around 40% of Moët Hennessy’s Champagne sales come from the on-premise, so you can imagine that even though the off-premise and e-commerce is performing well – in some cases better than our expectations – it doesn’t make up for the closure of restaurants and bars.”

And this would explain why overall shipments of Champagne to the UK according to the Comité Champagne are down around 20% year on year, falling from 27 million bottles in 2019 to around 21m for 2020.

Looking ahead, Hawes is positive for the Champagne category in the UK, as it benefits from a rapid return to business via a re-opened hospitality sector on top of newly-increased sales through the online medium.

“We are hoping the on-trade can start to go back to business soon, and everyone is expecting a really big bounce back; I think it’s coming, it’s just a question of when,” he said.

And, in terms of a benefit from the lockdowns, he said, “The online side of things has massively accelerated, and that’s enabled direct communication, if not necessarily direct sales, although there has been a little of that, so talking to the consumer, that is very much here to stay.”