Cadbury and Goose Island Brewery’s collaboration on a Creme Egg beer reportedly sold out within an hour of being launched earlier this week, but now a restock date has been announced for lucky punters who missed out the first time round. 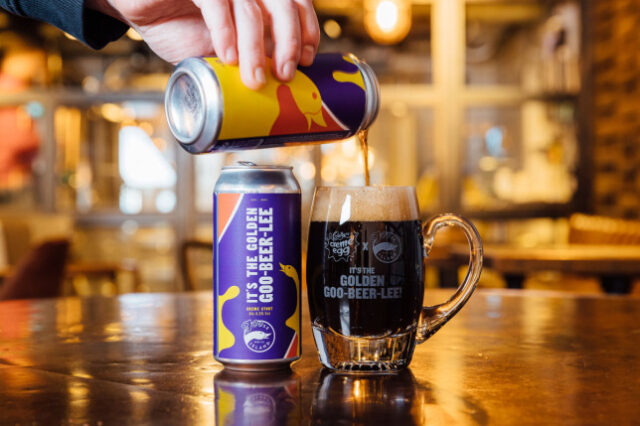 After going viral online earlier this week, the Cadbury Creme Egg beer, made in collaboration with Goose Island Brewery, is set to be restocked on the latter’s website in no-doubt welcome news to disappointed stout lovers who previously missed out.

The limited-edition beer boasts ingredients including milk, sugar, cacao nibs, and vanilla beans to give it its distinctive flavour.

Goose Island’s Master Brewer, Andrew Walton said at the time of the launch:

“With the Golden Goo-Beer-Lee Creme Stout we knew that we would be reaching a wide range of people with different levels of experience with craft beer! ‘We wanted to make sure that for whoever tried this beer, it would be unique and delicious. The tasty flavours of the stout complement the iconic Cadbury Creme Egg; we wanted to big up the chocolate and creaminess of the beer while keeping it super drinkable.”

And now, according to the Goose Island Beer Company’s website, the Golden Goo-Beer-Lee drink is set to be restocked on 8 March for one final hurrah.

“Purchases will be limited to 1 x 2-can pack per customer and we only have 500 packs left – when they’re gone, they’re gone!” A message on the purchase page reads.

The final release will drop at 11am on 8 March on the Goose Island website.