Another day, another deal. Since Christmas the big drinks companies have been adding to their portfolios and reshaping their businesses at a hectic pace. 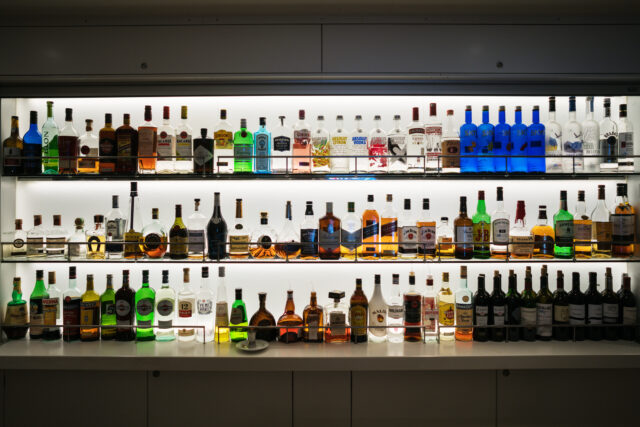 An onlooker would easily conclude that the industry believes it is heading for a new period of substantial growth, with none of the major participants wanting to miss out.

First off the mark in early January was Constellation Brands. The US$810m sale (with possible add ons) of its sub $11 commodity wines portfolio to Gallo had been long negotiated and needed revising several times to meet US Federal trade concerns, but immediately the ink was on the contract, Constellation reinforced its balance sheet through early redemption of $500m debts.

That leaves Constellation free to focus on its premium wine portfolio including the Meiomi and Robert Mondavi ranges while investing heavily in production facilities in Mexico for its all-important Corona beer division.

It is also expanding hard seltzer output to meet demand in the fastest growing sector of the US drinks consumption, with sales in stores roughly doubling every year since 2016.

Earlier this month Constellation also announced it was streamlining its US distribution chain by putting approximately 70% of its wines and spirits business with Southern Glazer’s, giving it less fragmented representation and extra leverage with retailers.

Far West Spirits was founded only in 2019 and launched Lone River Ranch Water under a year ago. According to Nielsen, off-trade sales have already topped $5.5m.

The undisclosed price will be small beer to the world’s biggest beverage alcohol company, but Diageo has taken the stake to give it an early foothold in seltzers. It could easily add to the Far West range through new seltzers lines branded on it existing portfolio such as Smirnoff vodka.

Pernod Ricard is also looking at jumping on the hard seltzer bandwagon.

Ann Mukherjee, the chief executive of Pernod Ricard North America said last week: ““From an opportunity perspective in our portfolio, there is no doubt that hard seltzer is on fire …..It could be really right for ready-to-drink cocktails and we continue to look at our brands – Malibu, Absolut – to see how it all plays out.”

No hard seltzer deal as yet, but to reinforce its position in Latino rums, especially in the US, the French giant is buying a majority stake in Colombian ultra premium rum brand La Hechicera, which was founded in 2012. Again the price is undisclosed.

Contrary to renewed rumours in Australia, Pernod Ricard is unlikely to be a suitor for beleaguered Treasury Wine Estates, which is said to have received an offer of up to £500m from an unknown source.

Pernod Ricard already has substantial Australian wine interests through Jacob’s Creek and the group’s strategy over the past couple of years has been to augment and infill its portfolio with niche brands such as Monkey 47 gin, St Petroni vermouth and Ojo de Tigre mezcal. The La Hechicera deal fits that pattern.

The same is true of Diageo, which so far this year in addition to snapping up Far West Spirits has also acquired Herefordshire-based British gin and vodka maker, Chase Distillery. Chase Original Potato Vodka and seven premium gins have joined Diageo’s portfolio.

Although the takeover was revealed in October, it did not receive regulatory clearance until mid February. Again, no price was disclosed.

As part of its much needed reshaping, Treasury Wine Estates is selling A$100 million ($77 million) worth of its US brands to The Wine Group as part of an ongoing overhaul of its American operations.

Treasury, the world’s largest listed winemaker, had been looking to shrink its low-end “commercial” US portfolio after several years of disappointing results in the US. Now that it is having to reshape its entire business model in the face of the Chinese import tariffs disaster and the slump caused by the coronavirus.

Brown-Forman last month confirmed that it will double its distillery at Louisville, Kentucky, to meet increasing demand for American whiskey.

An evaluation of the project was announced last November. That has been completed and the company has committed to construction of the €95m plant.

During the first half of its current financial year Brown Forman enjoyed a 22% increase of sales of its premium bourbon portfolio, driven by sustained double-digit growth from Woodford Reserve and Old  Forester. That was despite continuing EU tariff sanctions hitting sales in Europe.

Not to be left out, Becle, the Mexican parent of Jose Cuervo Tequila, has upped its 20% stake in Proper No 12, the premium Irish whiskey, and is taking full control.

It has bought out founder Conor McGregor, the Irish boxer and martial arts fighter, to full ownership of the brand and add it to its existing Irish whiskies portfolio, which includes Bushmills and The Sexton.

Sources suggest that Becle paid McGregor more than $100m for his 51% holding in the brand which had chalked up sales of more than $1bn in the US alone by the end of 2019.