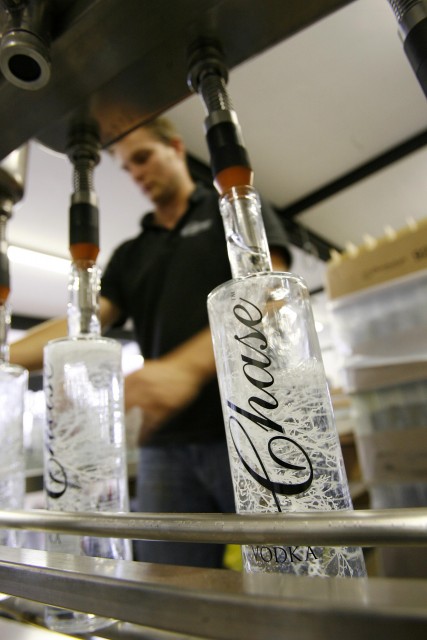 Diageo, which makes Johnnie Walker whisky and Smirnoff vodka, will expand its premium spirits portfolio with the acquisition of Chase, a grain-to-glass distillery based in Herefordshire, UK.

Chase, which was founded by potato farmer William Chase in 2008, is the third gin label Diageo has invested in this year. The company, which is the largest spirits producer in the world by volume, said in August that it plans to buy Ryan Reynolds-backed US brand Aviation Gin in a deal worth an estimated US$610 million (£465.7m), and days later announced it had invested in German craft gin maker Rheinland Distillers GmbH through its venture capital arm, Distill Ventures.

Gin brands currently make up only around 4% of Diageo’s spirits portfolio, but it is a category that has driven a fair amount of the company’s revenues in recent years. Net sales of Diageo’s gin brands rose 22% in 2019, with Gordon’s and Tanqueray delivering double digit growth.

It is one of the most valuable spirits categories in the UK and growing rapidly worldwide. The UK is the largest gin market in Europe and between 2014 and 2019, grew at a compound annual growth rate of 17.4%, according to IWSR data.

CEO Ivan Menezes said last year he sees “a lot of runway ahead” for the growth of its gin portfolio worldwide, with markets such as Brazil and Mexico starting to pick up pace.

“Everyone’s talking about gin and we are really happy and excited about the momentum of gin,” the spirits boss said.

Bringing Chase into the portfolio also supports Diageo’s ongoing attempts to reduce total carbon emissions across the business. William Chase is also the creator of upmarket crisp company Tyrrell’s. He set up both to have a more reliable income from his farm, as the price of potato crops sold to supermarkets can vary drastically from season to season. Chase itself was born out of a desire to make sure tubers that are not suitable for crisp manufacturing do not go to waste.

The distillery’s spirits are made from scratch using British-grown potatoes, apples and botanicals on the Chase Farm in Herefordshire. The steam energy that powers the distillery is produced on site from a biomass boiler which generates energy from apple orchard prunings, while potato waste used as cattle feed.

Dayalan Nayager, Diageo GB’s managing director, said the group is “excited about the growth opportunity within the premium plus segment a looking forward to working with the Chase team to build on the portfolio’s considerable potential.”

William Chase said it is “inspiring” to have Diageo invest in the spirits group.

“They believe in the potential of our field to bottle spirits and will build on our mission to develop our sustainable distillery in Herefordshire.”

The acquisition is expected to close in early 2021 subject to regulatory clearances.