It is bold to spend US$1 billion on what is a relatively new market, but that is what the world’s biggest brewer, Anheuser-Busch InBev, is doing in the next two years to expand production of hard seltzers. 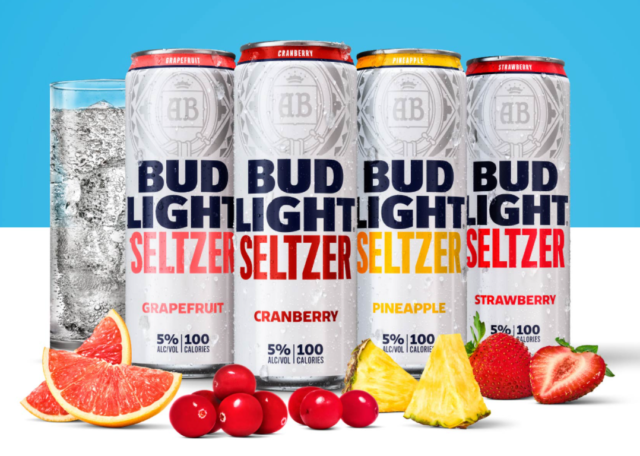 The biggest loser in the drinks spectrum over the past year has been beer, the bedrock of AB InBev’s global business. During lockdown and the consequent rise in home consumption, spirits sales have soared and beer has taken a battering.

But within the “long” alcohol segment seltzers have been fizzing at double-digit annual growth rates, especially in the US, and their market is predicted to expand even more quickly now that the public has got the taste for them.

With more millennials and Generation Z looking for strong, powerful brands, which they can share on their social media channels, producers are clambering to get in front of younger audiences who find seltzers fit their profile more than the more traditional forms of alcohol.

And because they are mostly produced from fermented cane sugar, hard seltzers – effectively fizzy flavoured alcoholic water with a low ABV – also come with a “low carb” lifestyle association.

The category began appearing just under a decade ago. White Claw and Truly – produced by Mark Anthony Brands and Boston Beer – led the pack and, according to Nielsen, they had a combined US market share of just over 75% in mid June 2020.

The global hard seltzer market size was estimated at US$4.51 billion at the beginning of last year. That was before the accelerated trend triggered by the coronavirus lockdowns.

No wonder the brewing giants are jumping on board the bandwagon. Walk around many Wal-Mart outlets in America today and the space taken by seltzers is much the same as the beer offering.

AB InBev’s sheer size and distribution clout in the US mean it is launching numerous seltzers on the market, targeting all price points and capitalising on its brand armoury under names such as Bud Light and Michelob.

But demand has grown exponentially and left producers scrambling to satisfy it. For instance, in mid summer Constellation Brands was left embarrassingly out of stock of its newly-launched Corona seltzer (based on its iconic Mexican beer brand). It too is pumping money into production to protect and enhance its 15% share of the US seltzer market.

When launching his US$1 billion two-year expansion programme last week, Michel  Doukeris, AB InBev’s chief executive, said: “We need to build more seltzer capacity so we can attend the demand from consumers, which is a growing demand”. He said the Michelob seltzer needed “huge” investment behind it.

A year ago IWSR Drinks Market Analysis found that more than half of US alcohol consumers drank hard seltzers at least once a week with annual volumes of about 82.5m cases, making the category larger than vodka, the leading spirit in the US.

In 2018 hard seltzers accounted for just 0.85% of alcohol volume sales in the US: a year later it was 2.6%, and IWSR predicted that by 2023, demand would more than triple to 281m cases. That forecast now looks on the low side.

Last August the US agency Allied Market Research calculated the hard seltzer market in the US alone had been worth US$3.8 billion in 2019 and would expand to US$10.9 billion by 2027, an annual compound growth rate of 12.7%. Again that may be an underestimate.

Hard seltzers are in their infancy in the UK but even so IWSR predicts the category will witness the highest growth rate within the UK’s ready-to-drink sector, with a forecast volume compound annual growth rate of 71.7% up to 2024.

The market is tiny in value terms but reports suggest that Google searches for hard seltzer in the UK were 67% up year on year last May.

Most offerings in the UK are from craft companies seeking to cash in on the success of the category’s founders in the US. However, White Claw has already made the Atlantic crossing.

Scottish craft beer group BrewDog has tapped into the category with its own brand called Clean & Press while cider brand Kopparberg has offerings. Heineken has launched a seltzer line in the US but has yet to bring it to Europe.

First of the big drinks group out of the traps was Diageo, which is capitalising on a seltzer range featuring Smirnoff No.21 Premium Vodka, which was launched in the UK in June.

Can the other giants be far behind?