The UK government “needs to support our brewers as it has done our pubs”, says the chief executive of the British Beer and Pub Association, with cask brewers in particular disproportionately affected having had their only route to market – the pub – closed. 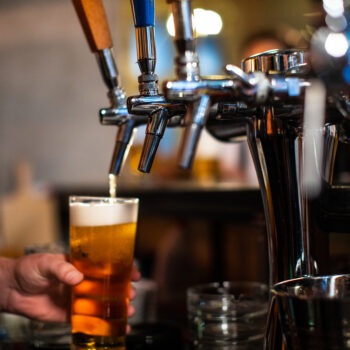 Since the first lockdown, millions of pints of cask beer have been thrown down drains, despite the efforts of some landlords to clear stocks ahead of closures. It amounts to financial losses in the millions for brewers, compounded by the continued lack of sales.

While many brewers have been able to make up for lost sales by transferring their business to bottled and keg beers in the off-trade, cask beer is unique in that it requires specialist equipment, temperature control and to be consumed within a short time period of time.

Cask can’t be sold into the off-trade with any amount of ease, and so while landlords are struggling to keep their pubs afloat, cask brewers too have born the brunt of continued pub closures with their route to market completely cut off.

Furthermore, while breweries have benefited from furlough schemes they were not eligible for a business rates break as retailers and pubs were and so have continued to pay full rates, a particularly challenging set of circumstances for predominantly cask beer brewers that rely on the on-trade.

“The link between pubs and brewers is most clearly through cask beer production and without any real alternative trade route, the longer that pubs remain closed the more risk there is to brewers that specialise in this style of beer production,” warns Emma McClarkin, chief executive of the British Beer & Pub Association.

In 2019 536,578,850 pints of cask were sold in the UK, worth £1.6bn in turnover, with cask beer representing 6.6% of the total UK beer market (ABS data). Covid has since had a significant impact on cask beer, with sales all but wiped out over the past 12 months save for a brief respite in the summer of 2020. “This is a great concern as many brewers only brew cask beer and only sell it in pubs, putting them at huge risk of survival given the current closure of pubs leaving them with no route to market,” adds McClarkin.

“The main part of our business is cask ale and with pubs closed that’s our route to market,” says Tim Dewey, chief executive of Timothy Taylor’s. “It’s not that we are not going to produce it in the future, but while keg beer has months of shelf life, potentially up to six months, with cask it’s a max of 10 weeks. So you can’t keep producing if you don’t know that you have a market for it.” 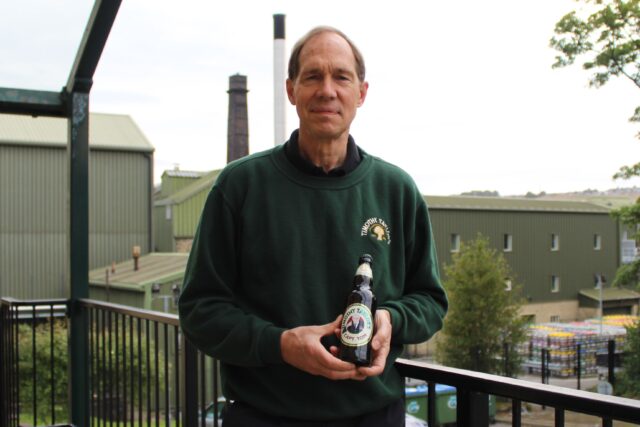 Pre-pandemic cask accounted for 85% of Timothy Taylor’s business with the rest bottled and just one keg beer. Its bottle business has since increased by 45% which Dewey says is “helpful”, but in no way makes up for the losses we are making because of not being able to deliver cask.

Brewers and pubs alike had enjoyed a brief respite between lockdowns last summer, but confidence in the cask beer category among landlords is also at a low ebb with the unpredictability of closures making cask a liability.

“Once you start serving from the cask it needs to be consumed within 3-4 days,” says Dewey. “If you are a pub reopening under restrictions and don’t know what trade you are going to get, you are going to be nervous about starting a cask. It will take time to build that confidence again.”

At the end of last summer, Timothy Taylor’s wrote off or issued credits for over £500,000 worth of beer that had to be destroyed in pubs or warehouses. In November, Dewey reported overall losses of £350,000, even with increased bottle sales and support via the furlough scheme. “This latest closure, we worked hard to minimise the amount of stock that would have to be written off. I was told yesterday we are already at another £50,000, but it’s better than £500,000,” reveals Dewey.

Timothy Taylor’s had cash in the bank pre pandemic and was in a “relatively good financial position”, says Dewey, but its cash position is “going down as we speak”.

“There are a lot of breweries that aren’t going to have the support behind them like we have. Our assumptions are based on the vaccine roll out working and pubs reopening in May. If we can get back to 50% of our previous cask volumes that will make quite a big difference for the business.”

“Simply put, the Government needs to support our brewers as it has done our pubs,” says McClarkin. “That means giving them access to grants to tide their businesses over before pubs can reopen. The Scottish Government has done this, now the UK Government must do the same. Cask brewers have had their only route to market – the pub – closed. It is not right for the UK Government not to fully support them with grants through this crisis like they have done pubs.

“As we come out of lockdown again, stimulus support is going to be needed so our brewers can help with the recovery. For brewers VAT cuts and Beer Duty cuts will be particularly helpful as they will encourage sales of beer in pubs.”