Champagne shipments expected to drop 18% for 2020

Champagne shipments are expected to fall by 18% for 2020, representing a year-end decline of around 50 million bottles – half the amount forecast earlier on last year. 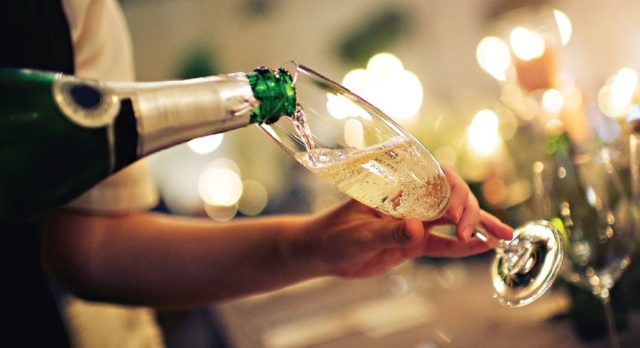 Although the official figures for the total number of bottles shipped during 2020 won’t be released by the Comité Champagne until next week, numbers for the 12-month period until the end of November suggest that the figure for the year-end will amount to around 246m bottles.

While this represents a drop of approximately 51.5m bottles on the previous year’s total, which was 297.5m, the decrease is much less severe than anticipated – as reported by db in July 2020, the region was expecting a decline in demand by as much as one third, or 100m bottles for the year-end.

Bringing the market for Champagne down during the course of last year have been two major factors, both of course related to the Covid-19 pandemic.

The first and most significant have been the widespread restrictions on the hospitality sector, which has been closed down in most major Champagne markets for large parts of the year.

This has been especially damaging for Champagne in key consuming nations such as the US, where so much of the fizz is sold through bars and restaurants.

The other big negative influence on Champagne consumption has been the huge slowdown in the travel retail sector due to the coronavirus.

Also, it should be noted that the domestic market for the fizz has been particularly weak in 2020, which is significant because it is the largest by some margin, accounting for almost half of all sales of Champagne by volume.

Figures for the 12-month period until November have shown that this market has shed as much as 26m bottles, meaning that the drop-off in France alone accounts for more than half the overall decline for Champagne.

However, helping to partly compensate for some of these losses has been the impressive performance of Champagne sold through retailers in major European markets, particularly via online channels, be they managed by fine wine merchants or supermarkets.

Indeed, the demand for premium branded Champagne in UK retailers has been “astonishing”, according to chairman of the country’s Champagne Agents Association, Andrew Hawes.

Such a high level of consumption was seen during the last few weeks of the year, which has surprised drinks market commentators because the Christmas period has seen particularly strict restrictions on socialising in the UK, with no mixing of households allowed indoors during the festive period.

Nevertheless, the British have still bought fine Champagne in large quantities for enjoying with their closest relations or partners, and it is a spike in year-end retail sales for the French fizz that has helped the region reach an estimated total of 246m bottles for 2020 – a decline of around 18%.

Such a total will make 2020 the smallest year for shipments so far this century, with the previous lowest being 293m bottles in 2009, which was the last time Champagne faced a major downturn in consumption, precipitated by the banking crisis of late 2008.

WHY IT WAS A BUMPER CHRISTMAS FOR CHAMPAGNE IN BRITISH RETAILERS

IT’S OFFICIAL: THE BRITS HAVE DRUNK MORE CHAMPAGNE DURING THE PANDEMIC