Bordeaux estate L’Eglise-Clinet’s 2010 vintage proved the best overall price-performer of 2020 on Liv-ex, in a list that otherwise reflected the increasing diversity of the secondary market. 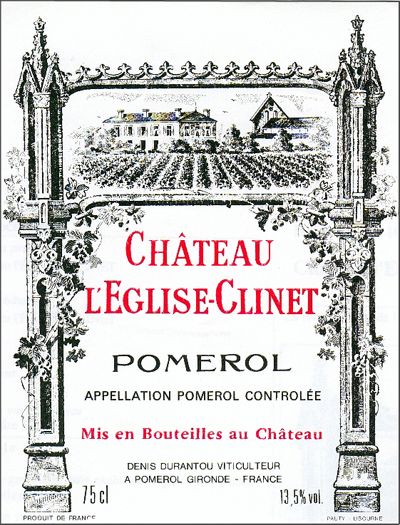 The Pomerol estate’s 2010 vintage has risen 37% in price to £3,150 per dozen bottles between December 2019 and November 2020 and it is one of just two Bordeaux wines in the year’s top 10, alongside the 2009 vintage of fellow Pomerol La Conseillante which has seen its price rise 24%.

Bordeaux overall has received less press than usual when summarising the progress of the fine wine market this year, headlines being taken up with the breakout success of Italy’s fine wines, the rise of the US and the Rhône and demand for vintage Champagne.

Since hitting a peak in demand back in 2010, Bordeaux’s share of trade has declined gradually over the last decade, with Burgundy quickly rising to prominence in its place.

As noted in Liv-ex’s end of year report, in 2018 the top 10 best-performing wines of the year in the Fine Wine 1000 were all Burgundy but as prices have rocketed so that region’s share of trade has taken a knock and buyers have quickly percolated down to less expensive domains and out into other regions.

There are signs too that Bordeaux’s share of trade has stabilised somewhat and the surprise success of this year’s en primeur campaign has drawn some buyers back into the category and helped create some secondary market activity for the region’s wines.

Sadly, there is also no doubt that the passing of owner and winemaker Denis Durantou this May has had this knock-on effect in the secondary market.

The wine has also been re-scored three times by major critics and publications this year, garnering a 94+ from Neal Martin for Vinous, an 18.5 from Julia Harding MW for JancisRobinson.com and a full 100 from Lisa-Perrotti-Brown MW.

Aside from these two top-performing Bordeaux, however, this year’s list reflects the diversity and dynamism of the fine wine market at present.

Bollinger’s La Grande Année 2008 was the third best-performing wine of the year and top Champagne, up 27%; the 2006 vintage of Dom Pérignon also made the list, up 20%.