Despite the turmoil all around it the fine wine market has thrived in 2020, with the sector adapting quickly in the face of difficult circumstances and accelerating an already established pattern of change that leaves it a very different place to what it was even half a decade ago. 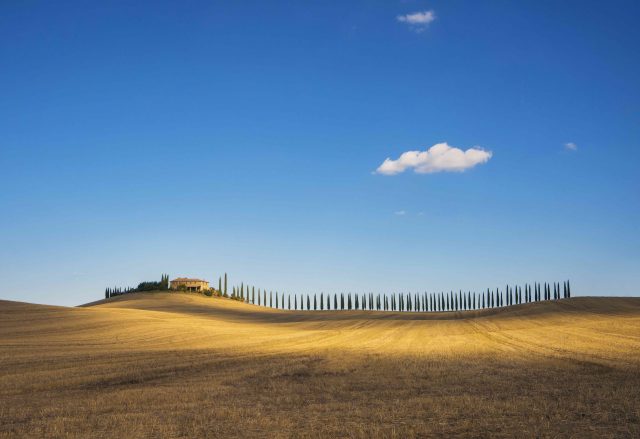 As recently covered by the drinks business using figures from Liv-ex, a combination of factors including a broadening market, an increase in automated trading and the generally low volatility of fine wine as an asset all combined to help protect the category against the immensely strong headwinds it faced at the start of the year.

Liv-ex has dug deeper into its statistics and presented them in its latest end of year report. As it lad out in the introduction, the prognosis for fine wine at the end of 2019 and start of 2020 were already grim even pre-pandemic.

Asia was starting to feel the effects of the new virus and Hong Kong was already reeling from political turmoil while the US had just applied its 25% tariffs to (nearly all) European table wine.

As the Covid pandemic gripped the rest of the world, causing immense disruption in its wake, every part of the wine industry was affected to a greater or lesser extent.

The benchmark Liv-ex index, the Fine Wine 100, suffered in the early part of the year as uncertainty reigned, but, important sectors rallied quickly.

The UGC – against the odds – managed to stage an en primeur campaign which proved much more successful than many thought it might, with some attractive prices “luring back” both merchants and their customers.

Merchants were reporting sales as busy as the Christmas period and those with online shops were exceptionally well-placed to capitalise on demand.

Liv-ex too saw a significant uptake in the use of its automated trading tool and as of November automated trades were accounting for 40% of secondary market transactions (with the function also allowing for weekend trading too).

This in turn has boosted the market, with Liv-ex currently seeing its live bids and offers at a record high of £83 million.

“The marketplace expanded and deepened as the global wine trade grasped the opportunities within this complex landscape with both hands,” Liv-ex noted.

Over in the US, despite fears that the tariffs would cripple demand for European wines this has not proved to be entirely the case – although it has had a positive knock-on effect elsewhere as we shall see.

In May the Fine Wine 100 stabilised, began to climb in June and has gone on climbing ever since, strongly out-performing equities such as the FTSE100, DAX and Hang Seng to end the year in positive territory, up over 4%.

All of the benchmark indices on Liv-ex (the Fine Wine 50, Fine Wine 100, Fine Wine 1000, Bordeaux 500 and Fine Wine Investables) are up – to varying degrees – over both a year and the year-to-date.

In part this is due to sterling weakness against other currencies, as Liv-ex noted, which always encourages buying from the US, Europe and Asia.

It is also due to the low volatility of fine wine as a tangible asset. Liv-ex said: As central banks pumped liquidity into the global economy in order to avert a crisis of confidence, inflating everything from residential property to junk bonds, collectors began to eye up the tangible, low-volatile fine wine market.

“Tangible assets like fine wine often find their moment in times of financial upheaval. Not only has fine wine proven itself a safe and stable (if at times, dull) investment over the medium term,

it also holds allure to imbibers who are locked down and deprived of their usual wining and dining.”

It is also important to note that the secondary fine wine market is now a much, much broader market than it used to be.

Bordeaux’s share of trade by value has been falling since a peak of over 90% a decade ago and buyers have diversified greatly, first into Burgundy and more recently into Champagne, Italy and, increasingly US, the Rhône and other great fine wines of the world.

Italy and Champagne in particular have had exceptional years – a breakout year in Italy’s case – their sub-indices on the Fine Wine 1000 up 6.7% and 8.2% respectively, while Giacomo Conterno’s 2013 Barolo Monfortino Riserva was the most traded wine by value this year.

The fact that both were exempted from the US tariffs undoubtedly helped – both regions have seen their share of trade in the US rise this year – demand has been strong in other markets too with the release of celebrated vintages in Champagne (2008 and 2012), Piedmont (2016) and Tuscany (2015) all driving trade.

As has been reported previously, US wines have enjoyed a stellar year, its share of trade by value rising to 7% when it was just 0.1% a decade ago, with UK buyers in particular buying into Californian wines that are increasingly being exported beyond estates’ mailing lists, and the Rhône has started making gains after years labouring in the shadow of its larger French counterparts – Bordeaux and Burgundy.

Burgundy in particular has had an up-and-down year. Interest has “waned” said Liv-ex as greater numbers of buyers have found themselves incapable of either being able to pay for or even find many of the region’s top names.

Buying has therefore – again a pattern that began in previous years – increasingly spilled over into “more affordable second and third tier growers”, which is affecting the price performance of the category leaders.

This affected Burgundy’s share of trade by value (although volumes remain steady) and the Burgundy 150 was one of the few Fine Wine 1000 sub-indices to finish the year in the red (-1.2%).

It’s not the end of Burgundy at all, indeed it might possibly be described as a new beginning with the market finding its way around new sets of desirable wines and domains it wishes to follow.

Looking forward into 2021 Liv-ex suggested that while others may write off 2020 as the “year that wasn’t”, this wasn’t true at all for fine wine.

The robustness of the fine wine market and developments within it suggest otherwise,” it concluded.

“The wine industry showed remarkable resilience despite the headwinds. The fine wine market continued to offer steady returns and low volatility, to broaden, diversify and grow. All Liv-ex indices rose and trade by value touched a ten-year high in November. The market saw a record number and volume of trades.”

Having started the year with great expectations – which only went lower as 2020 initially progressed – the fine wine market is ending the year in a much brighter spot than it can ever reasonably have hoped to be and, with luck, that confidence in the market’s potential can be maintained and carry on into next year.