The UK and Canada have agreed to establish a new trade deal next year, continuing the tariff-free trade of wine and spirits made in Britain. 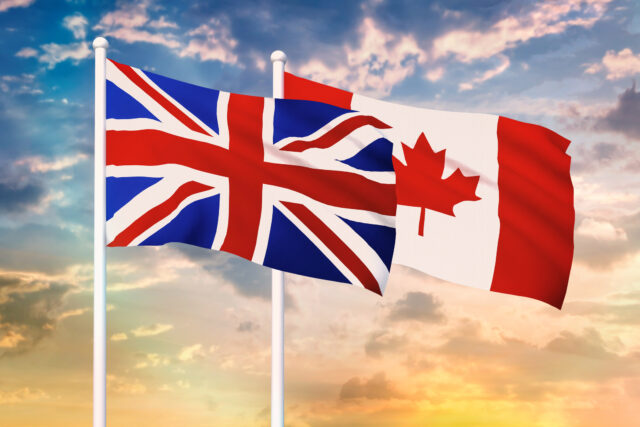 Until that time, the two powers will continue operating under their existing trade deal, worth £20 billion, until a new agreement is negotiated.

The arrangement was confirmed in a video call between Prime Minister Boris Johnson and Canadian Prime Minister Justin Trudeau together with International Trade Secretary Liz Truss and her Canadian counterpart, Mary Ng.

The deal means the export of £11.4 billion worth of UK goods and services to Canada will continue without disruption, saving businesses from a potential £42 million tariff burden.

98% of goods that can be exported to Canada will continue to benefit from tariff-free trade, including UK wine and spirits.

Miles Beale, chief executive of the Wine and Spirit Trade Association (WSTA), said it was a “good result” for the UK’s wine and spirits industry.

“Canada is an important market that is growing for UK exporters, particularly our small and medium-sized gin and English wine exporters,” he said. “This agreement doesn’t just confirm the continued removal of tariffs, but gives us some extra footing and mechanisms to engage with the Canadians on their complex alcohol market, which is controlled at a provincial level. It should allow UK businesses to be more competitive in the Canadian Liquor Board system and that’s a positive step in helping us to grow in the market.”

Canada is the the third largest export destination for English and Welsh wine with a 17% share of the market in 2019. The country is also the 15th largest export market for Scotch whisky, with £94.4m worth shipped last year, up by 5.7% in value compared to the previous year.

Johnson added: “This is a fantastic agreement for Britain which secures transatlantic trade with one of our closest allies. British businesses export everything from electric cars to sparkling wine to Canada, and this deal will ensure that trade goes from strength to strength. Our negotiators have been working flat out to secure trade deals for the UK, and from as early next year we have agreed to start work on a new, bespoke trade deal with Canada that will go even further in meeting the needs of our economy.”