Post-lockdown plans for restaurants to be revealed

An extra hour to drink up after 10pm and more restrictions on hospitality in tiers two and three are part of post-lockdown plans in England expected to be announced by the Prime Minister today. 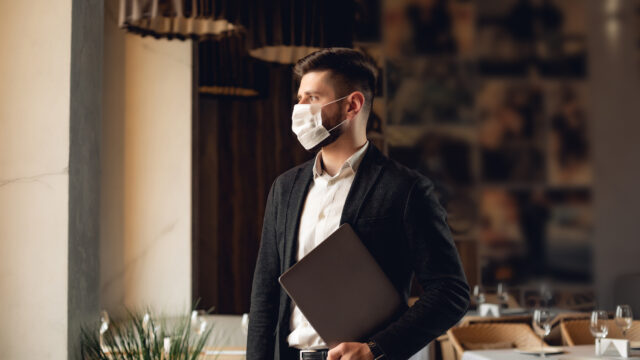 Prime Minister Boris Johnson is expected to make a statement in the House of Commons this afternoon, detailing plans for coronavirus restrictions in England after the lockdown is lifted on 2 December.

England will return to the three-tier system, with more areas set to be placed in the higher tiers (tiers two and three) in December, Downing Street has confirmed.

It is understood that the controversial 10pm curfew on hospitality will be amended. Outlets will be allowed to open until 11pm, with last orders at 10pm. This means customers will have an extra hour to drink up.

Newspaper reports have suggested that tier three, the highest alert level, will be strengthened. The Telegraph states that hospitality outlets in tier three will be forced to close and may only operate as takeaways. Previously, pubs and restaurants serving food were allowed to stay open. Outlets in tier two may only serve alcohol with a “substantial meal”, suggesting wet-let venues can now only operate in tier one areas.

The Telegraph also reported that Johnson is set to announce a relaxation of the rules between 22 and 28 December, allowing several households to come together as a bubble over Christmas.

Details of which tier regions will be placed into will be announced on Thursday (27 November).

Aside from hospitality, gyms, places of worship and non-essential retail are expected to be allowed to reopen across all tiers in England.

James Calder, chief executive of the Society of Independent Brewers (SIBA), called the new hospitality restrictions “unjustified and unsubstantiated” in light of plans in other sectors.

“[We] will be working with other trade body leaders this morning to co-ordinate response,” he said.

Kate Nicholls, chief executive of industry body UKHospitality, said that pubs and restaurants are “paying the price” for tougher restrictions, and referred to the singling out of hospitality as “totally unacceptable”.