Alexandre Ricard, the chairman and chief executive of Pernod Ricard, believes the French group was able to achieve better-than-predicted results since the coronavirus pandemic struck in the spring because of the group’s “agility, resilience and determination.” 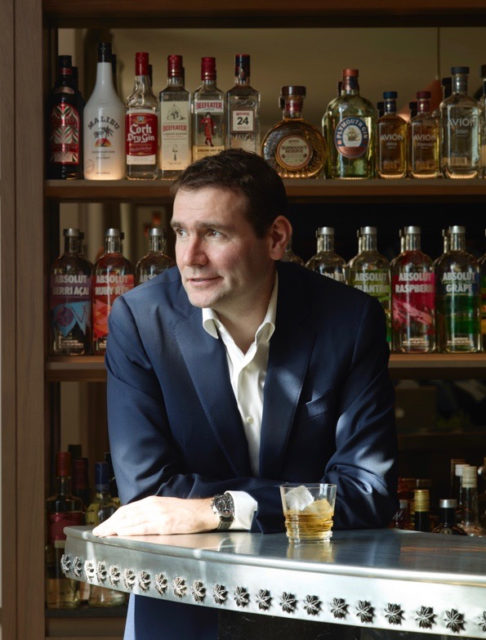 He even told the company’s shareholders at their annual general meeting held virtually on Friday that it had been “strengthened” by the crisis.

It had achieved this, he said, through the dedication of its employees around the world, its digital transformation, dynamic portfolio management and rigid control of costs.

And Ricard predicted that the French wine and spirits group will emerge into the post coronavirus world stronger than ever and that it will, “move forward with confidence with robust fundamentals”.

He said he was determined to accelerate Pernod Ricard’s long-term transformation plans, especially in the digital and e-commerce businesses.

And he gave shareholders a promise: “Our products will be at the centre of the celebrations once this crisis is over.”

Helene de Tissot, the finance director, said that in the past financial year Pernod Ricard had “maintained or improved its market share position its top 10 markets and that it was in a solid financial position because it had refinanced much of its debt at very favourable rates.

Despite this confident appearance, however, Pernod Ricard is remaining financially cautious. For more than 10 years in succession it has increased its annual dividend but on Friday this year’s annual payout was cut by 15% to €2.66. Nor did the company offer any indication that its share buyback programme, which was suspended in April, would be reactivated.

M. Ricard said that performance in the three months to the end of September had been “encouraging” with organic sales only 6% lower than a year ago. The US and Europe had been “resilient” he said (although he was wary of the second wave of lockdowns), and the China market was generating “strong” shipments for the holiday season.

Those comments were echoed in Boston over the weekend by Ivan Menezes, Diageo’s chief executive. He said: “I remain very confident that the fundamentals of our business remain strong. If you look at China right now where things are pretty much back to normal, you will see our businesses are performing well there, people are socialising outside the home again.”

In the same vein, Remy Cointreau said last week  after announcing results that missed analysts’ expectations, that sales to America and China were leading it to recovery and that it expects positive organic growth in current operating profit in the 2021 financial year.

Analysts take varying views of the three groups’ prospects despite each pushing out positive messages.

There remain fears that trade sectors such as hospitality and duty free retail could be hit by new waves of Covid-19 before vaccination becomes widespread. Indeed, not even the optimists expect travel retail sales to show signs of recovery before 2022.

Against that backdrop, as Credit Suisse pointed out last week, Diageo has “quicker topline recovery prospects” than Pernod Ricard.  It is more exposed to the US market where its products are well entrenched and less vulnerable to duty free, especially in Asia.

More than 40% of Diageo’s sales are made in the US but only 29% of Pernod Ricard’s. And in the US Pernod Ricard’s portfolio is more aligned to the on-trade compared with Diageo which is more entrenched in the resilient take-home sector.

Similarly, observers regard Remy Cointreau’s heavy exposure to Asia – China especially – as double-edged. On the one hand, with life back to a level of normality, consumption is on the rise: on the other, the region has not been hit by a second wave of coronavirus similar to that in Europe.

And as the global spirits producers discovered to their cost when Beijing clamped down on “gifting” a few years back, trading with China rarely follows a smooth path. Australia’s wine producers are acutely aware of that now as they face tariffs of up to 200% on their exports to China for alleged dumping.

While they complain bitterly that this breaks international trade agreements and will cause the ruination of parts of their industry, nobody in Beijing seems particularly concerned.

All eyes are now on the Christmas and New Year season. Trading statements released in late January and early February will provide a more solid indicator of the sector’s fortunes heading into 2021.