In a year of extreme heat, there’s been one grape variety that has “excelled” in the Douro Vally in 2020, according to David Guimaraens, head winemaker at The Fladgate Partnership, the producers of Taylor’s Port. 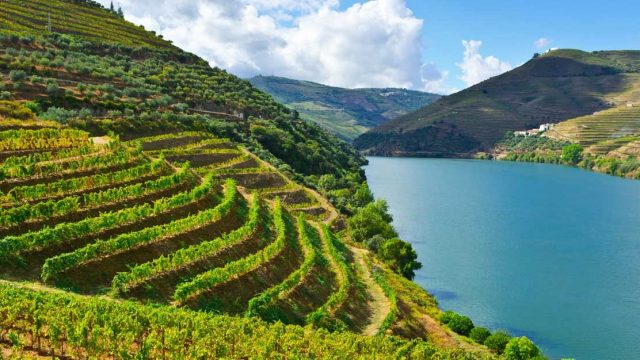 Called Tinto Cão, translating as ‘red dog’, it is thought to be the oldest grape in the Douro, and is extremely well-adapted to the hot, dry climate of the region.

Although the variety is only usually a minor player in Port blends, which are dominated by Tinta Roriz, Touriga Francesa and Tinta Barocca, followed by Touriga Nacional, Guimaraens enthused about the quality of Tinto Cão in a discussion yesterday about this year’s vintage in the Douro, reporting directly from the vineyards as harvesting took place.

Commenting on the extreme heat in Port country during July in particular, he said it was “definitely the hottest July we have experienced”, adding that this period, which is when veraison occurs in the bunches, caused the berries to dry up, bringing yields down across there region by 30% on average.

Speaking about the varieties most affected by the heatwave in July, and then another four days of extremely high temperatures in the last week of August, he mentioned Tinta Barocca and Touriga Francesa in particular, commenting that the latter variety “started to collapse”, meaning that it was “a race against time to get the grapes in as fast as we could.”

However, he said that “There was one grape that behaved extraordinarily well, and that is Tinto Cão,” which he went on to describe as “shining”, adding, “It is excelling this year in these conditions.”

Consequently, in some port blends, he said he was taking the variety up to as much as 20%, when it would normally only constitute around 5%.

As previously reported by db, Tinto Cão produces reliable yields, even on very poor soils, and it favoured for bringing a high acidity to vintage Port blends, however, it is the least widely planted of ‘the big five’ grapes because it is naturally low-yielding.

Speaking further about this year’s vintage in the Douro, Guimaraens said that due to the earliest budburst “we remember”, brought on by an unusually hot and dry February, the harvest start was “one of the earliest on record”, with picking beginning on 24 August – similar to 2017 and 2009.

Overall, Guimaraens said it had been a “Very challenging growing season, and a very challenging harvest,” that also highlighted the adaptability of the region and the fortified wine styles it produces to climatic extremes.

Not only do the range of grape varieties help mitigate against conditions such as this year, but so too does the topography of the Douro.

“With mountain viticulture we have many different vineyards to work with at a range of altitudes from river level to 500m, and we have different aspects, from exposed south facing slopes to protected north-facing sites,” he said.

As a result, he said, “We have a lot of variation, and the vineyards behave in different ways, so don’t make a judgement on the quality of the year – but what I do say is that there is lot more variation on what is good and less good this year; it is very vineyard and very location dependent, so I hope we make a lot of very good Port.”

As for the the fortified wine styles, he pointed out that Port has a solution for different types of growing season, and varied vineyard performance.

“You have got to remember that the Douro Valley is extraordinary because of Port wine and the way that it has a solution for every Port it makes in any one year: the perfect ones can be vintage and capture that, and the imperfect, through the art of ageing and blending, can be turned into perfect Tawny Port.”

Summing up, he said, “It is that skill developed in the port trade in the Douro that means that port is so well suited to a region that does have extremes.”

THE SIX LEADING GRAPES OF PORT