The six leading grapes of Port

Although they are little-known in the wider world of wine, six key grapes make up the majority of Port production – and we look at what they bring to the blend.

In a world where varieties such as Cabernet Sauvignon or Syrah are deemed necessary to sell red wines, it is interesting to note that Vintage Port doesn’t employ any so called ‘noble’ or ‘international grapes’, and is always made as a blend.

While the drinks business has recently promoted the ‘lesser’ grapes of Port country, which covers the mountainous region of Portugal’s Douro river valley, there are in fact six varieties that make up the majority of Port, and a handful, dubbed ‘the big five’ among the region’s viticulturists, that have been recommended for Port production since the 1970s.

David Guimaraens, head winemaker at The Fladgate Partnership, explained during a tour of the Douro last month, “Due to a desire to start mechanising vineyards [during the latter third of the last century], extensive replanting took place in the Douro, leading producers to single out what we believed were the most important grapes – which were the ones that gave the most body and colour – and we started planting in blocks so we could pick each variety at the optimal ripeness and create wine in batches; it seemed very logical.”

Although some of the greatest Vintage Ports come from mixed plantings from the 1900s that contain a wide range of grapes, along with the recommended varieties, the rationalised vineyards from the 1970s onwards meant that winemakers were able to achieve “greater consistency”, according to Guimaraens, “So we pulled the bottom up.”

So, having previously considered some of the more niche varieties that are planted in the Douro, over the following pages we look at the key characteristics of ‘the big five’, and a sixth grape that also plays a major part in Port production. 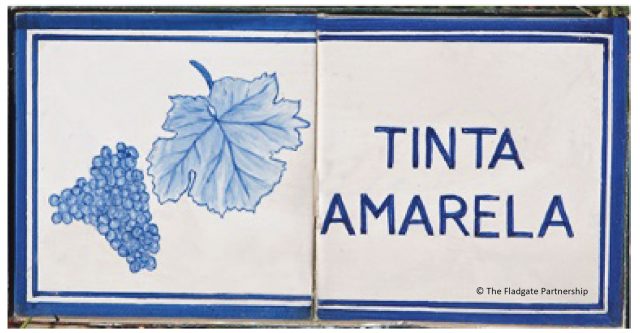 Indigenous to Portugal, thought not native to the Douro, Tinta Amarela (otherwise known as Trincadeira) tends to make up a large proportion of very old plantings in Port country, but was not widely planted when vineyards were rationalised in the 1970s.

Favoured for bringing cherry aromas to the blend, it is now relatively rare in the Douro because it is intolerant of heat spikes and susceptible to fungal diseases.

Charles Symington, who is head of viticulture at Symington Family Estates, told the drinks business last year. “Tinta Amarela was left out of the ‘big five’ because it is very sensitive to fungal diseases” – but, he stated, “It’s very good for dry areas, where you don’t get fungal problems.”

Similarly, David Guimaraens, head winemaker at The Fladgate Partnership, said last month that in the right spot it is “fantastic” and very important for the vintage Ports of Fonseca.

Thought to be the oldest grape in the Douro, Tinto Cão – which means ‘red dog’ – is extremely well-adapted to the hot, dry climate of the region.

As a result, it produces reliable yields, even on very poor soils, and it favoured for bringing a high acidity to vintage Port blends, however, it is the least widely planted of ‘the big five’ because it is naturally low-yielding.

According to David Guimaraens, head winemaker at The Fladgate Partnership, adding Tinto Cão to fermentations using other grapes will “give a lot of acidity to the final blend, along with extra complexity, even if as little as 5% of Tinto Cão ends up in the resulting Port”. 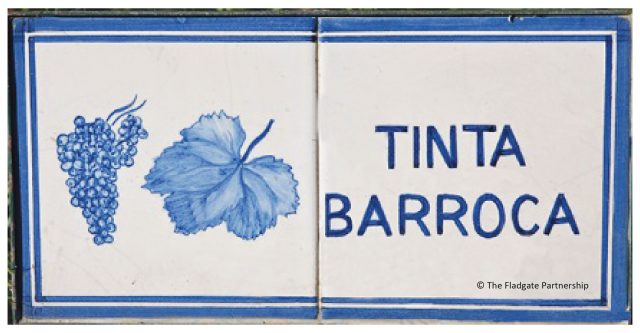 Native to the Douro, Tinta Barocca is the third most planted grape in the region after Touriga Francesa and Tinta Roriz.

The grape is sought-after for its dark skins that provide a deep colour to Port, as well as its high yields and high sugars, although it needs blending with other grapes to provide tannin and acidity.

The grape has “fallen out of fashion” in the Douro, according to David Guimaraens, head winemaker at The Fladgate Partnership, although he is increasingly using the grape in ferments with Tinta Roriz, as the tannins from Tinta Roriz help fix the intense colour provide by Tinta Barocca. 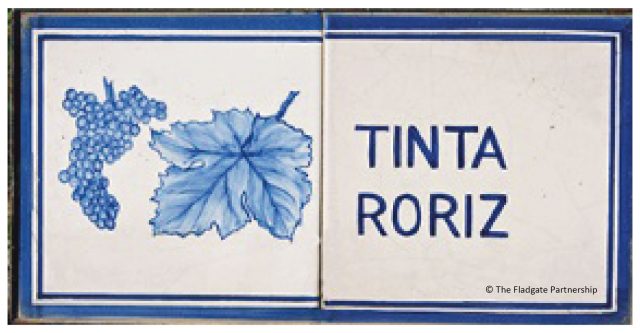 Representing the largest proportion of new plantings in the Douro after Touriga Nacional, Tinta Roriz is favoured in Port for bringing aromatic complexity to the blend.

The grape is not native to Portugal however, and is the same variety as Tempranillo, which originates from Spain’s Rioja/Navarra wine regions.

David Guimaraens, head winemaker at The Fladgate Partnership, told db last month that Tinta Roriz is “very important in the Douro because it brings tremendous complexity and a lot of tannin to vintage Port”.

However, he did say that it is sensitive to powdery mildew, which brings a “natural bunch thinning” to Tinta Roriz, which is naturally high-yielding.

Although the grape is famous for producing great wines in Spain, it is not favoured for the finest table wines of the Douro.

Symington Family Estates viticulturist Charles Symington suggested that this could be because of the granite/schist bedrock of the Douro, which produces a soil pH that is too low for Tinto Roriz to perform as well as it does across the border in Spain. 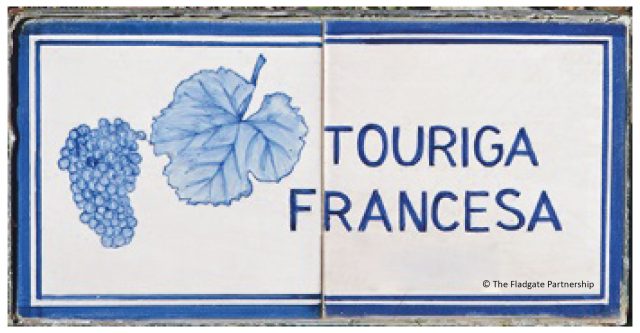 The mostly widely planted grape in the Douro, Touriga Francesa is sought-after for its drought-resistance, as well as its ability to reliably produce first-rate Port, although it is qualitatively in the shadow of Touriga Nacional.

It is used to provide tannic structure to Port and table wines and, like Touriga Nacional, is renowned for its attractive aromatics.

Although it is often referred to as Touriga Franca, David Guimaraens, head winemaker at The Fladgate Partnership, says that it is wrong to refer to it as anything other than Francesa.

The grape is not from France, however, and it is native to the Douro, where it was created from the crossing of Touriga Nacional and Marufo, a variety that can thrive in near-arid conditions.

Guimaraens told db that Touriga Francesa brings a “lot of fresh fruit and ages very slowly; it holds onto its blackberry fruit flavours longer than any other grape in the Douro.”

Meanwhile, the Symington Family Estates favours the grape for its top Douro table wine called Chryseia, using as much as 50% Touriga Francesa in the blend, with the other half comprising Touriga Nacional. 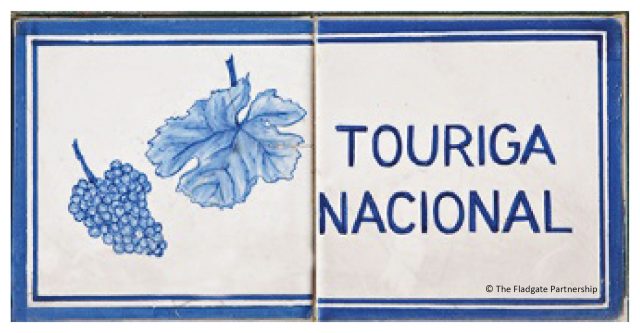 Although it’s not the Douro’s most widely planted grape, it is undoubtedly the variety with the greatest reputation.

Sought after in Port – and table wine – for its tannins and fruity-floral aromas, the grape is seeing an increase in plantings, although it is already established in the key quintas of the Douro.

Touriga Nacional has small thick-skinned berries that produce dark, tannic and concentrated wines, and appears particularly well suited to the conditions of the Douro, where vines must survive extremely hot and dry summers.

Symington Family Estates is particularly keen on Touriga Nacional. The grape currently accounts for 25% of the producer’s 1,000 hectares in the Douro but the group’s head of viticulture, Charles Symington told db that he hopes to get that proportion up to 40% in the future.

It’s also a variety favoured by table wine producers, with Bordeaux’s Bruno Prats describing Touriga Nacional and Touriga Francesa as the Cabernet and Merlot of the Portuguese region.

Consequently, Prats, who is a joint venture partner in Douro table wine Chryseia with Symington Family Estates, said that depending on vintage conditions, Chryseia is composed of approximately 50:50 Touriga Nacional and Touriga Franca, with the final blend done according to blind tastings.

According to David Guimaraens, head winemaker at The Fladgate Partnership, Touriga Nacional produces “exotic” wines with “consistent quality” but can be “overly fruity”, and hence benefits from blending with other varieties.

While Touriga Nacional is closely associated with the Douro, the grape is in fact believed to originate from Dão, taking its name from the village of Touriga in that region. (Wine Grapes).