Margaux estate Château Palmer has announced that this month will see the launch of its new ex-cellar release programme, starting with the 2010 vintage. 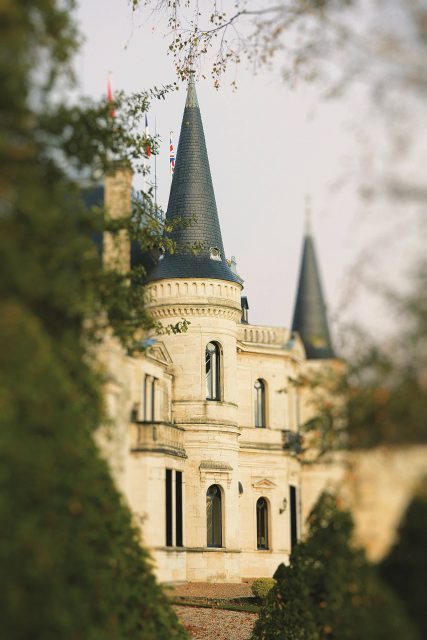 In a release the estate said that from this Thursday 24 September onwards, “every last Thursday of September” will herald the re-release of a 10 year-old vintage of the grand vin from its cellars.

How much stock exactly will be released was not intimated but Palmer did say that this new tranche would be the “final” release of each vintage it brings forth from remaining stocks.

Dubbed ’N-10’, the first release later this month will feature the property’s 2010 vintage, widely considered one of the greatest years in Bordeaux in the last decade.

The estate said: “The new release of the Grand Vin de Château Palmer will take place every last Thursday of September and will be entrusted to a selection of negociants from the Place de Bordeaux. This will be the final release of the property’s N-10 vintage.”

The estate added in its release that it considered 10 years to be the right moment to begin to approach cru classé Bordeaux.

It explained: “For Château Palmer, 10years marks an age of reason, the arrival at a first level of maturity. In the shadows of the cellar, from the bottom of these bottles which have never left the château, the wine reveals its identity, its character, the spectrum of its aromatic nuances. After 10 years of evolution inside the bottle, now in light of its tasting, it can finally reveal itself. Or wait patiently for another peak.”

It’s all part of the ‘plan’

Until this moment, apart from ex-cellar releases offered at auction, only Château Latour has initiated a programme of ex-cellar releases through La Place each year; a move necessitated by its withdrawal from the en primeur process over eight years ago.

Its ex-cellar releases have met with mixed fortunes over the years, some vintages released sparking greater enthusiasm than others. Part of the problem was the issue of the ex-cellar premium placed on the bottles which used to be very high and did not find much favour in the open market in many instances.

But Latour has felt its way forward and as it has begun to bring out previously unreleased wines, being capped off with the release of the 2012 grand vin this May, which seemed pitched in line with market expectations.

Palmer, which started keeping back a good half of its production in 2010, just before Latour quit the en primeur system in 2012, has no doubt been watching Latour’s progress with interest over this time, while devising and revising its own strategies.

Ella Lister, CEO of Wine Lister, told the drinks business: “Château Palmer has been patiently and consistently keeping back half its production of the grand vin since the 2010 vintage for release exactly 10 years later. Think of it as a ‘half Latour’, although they got in there first with the idea, nonetheless keeping one foot in the en primeur system. It’s a smart way of hedging bets between the unique global marketing opportunity presented each year by en primeur, and also benefiting from potential market price increases in the intervening decade.”

Over the last few years at en primeur one of the big talking points has been the increasing reduction in the amount of stock being released, with some estates now offering as little as half or even less of their production in any given year.

This ‘stock overhang’ has had many wondering what the plan is for all those bottles, with the main guess being they were destined for ex-cellar releases further down the track.

With the announcement of N-10 today that prognosis seems an accurate one and it seems almost a certainty we will see more big estates begin dipping their toes in the blue but occasionally treacherous lagoon of autumn (and possibly spring) releases before too long.