A Californian man has been arrested after he climbed underneath a moving wine tanker in his underwear, unscrewed a valve, and proceeded to drink from the vessel. 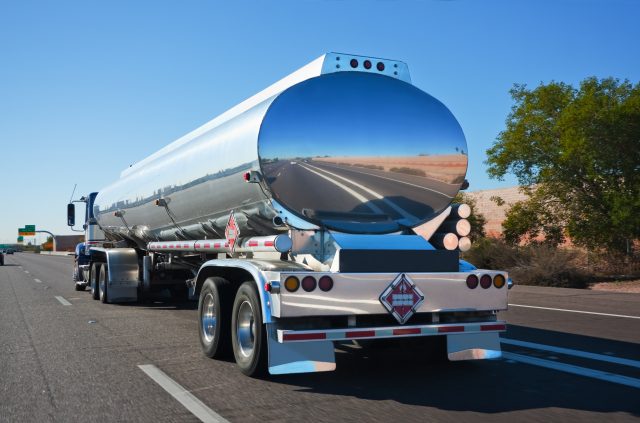 As reported by the Turlock Journal, Modesto traffic police arrested Gabriel Moreno, 39, on 5 May following the incident on Highway 99.

In footage obtained by CBS Sacramento, a man can be be seen running after the tanker, pulling himself up onto the side of the vehicle before climbing underneath while it was moving.

The incident occurred shortly after noon when the driver of the tanker noticed a man in a car pulling to the left in an attempt to get his attention, according to California Highway Patrol spokesperson officer Thomas Olsen.

Thinking the man, later identified as Moreno, had spotted something wrong with the tanker, the driver pulled over in the hard shoulder. Moreno followed him and shortly afterwards got out of his car and ran towards the area between his lorry and the tank.

Alarmed by his behaviour, the driver started the engine and proceeded to rejoin the road. However, after his gauges recorded that he was losing wine, he was forced to pull over for a second time and discovered Moreno under the vehicle drinking the wine that was pouring out.

Moreno was charged with vandalism and driving on a suspended licence.

Cherokee Freight Lines, the owner of the tanker truck in question, told CBS that 1,000 gallons of red wine was lost during the incident.

Olsen told CBS: “I’ve listened to thousands and thousands of calls. This one’s up there in the top 10.

“This individual was able to release the wine from under the tanker, and he placed himself underneath the tanker in such a manner, the best way to describe it was like somebody doing snow angels.”