Stanley Johnson: ‘Of course I’ll go to a pub if I need to go to a pub’

Just a few hours after British Prime Minister Boris Johnson announced his social distancing measures, his father, Stanley, declared his intention to go to a pub. 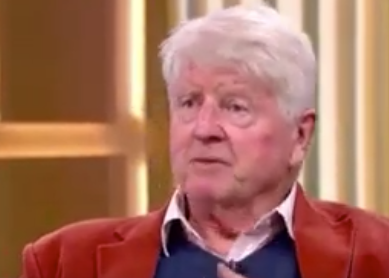 During a discussion on whether people should stay away from pubs with presenter Phillip Schofield on This Morning yesterday, Stanley Johnson said that despite advice to the contrary announced by his son, he would be supporting the pubs.

‘Of course I’ll go to a pub if I need to go to a pub,” he said to Schofield live on the breakfast television programme.

Responding to Johnson, Schofield said, “But your son just told you not to.”

Johnson senior answered, “He said we should avoid going to pubs, but if I had to go to a pub, I’d go to a pub.”

Meanwhile, TV personality Vanessa Feltz, who was also present on the programme, asked Johsnon, “Why would you have to go?

Johnson then said, “Well because the people who run pubs need people, they don’t want people not to be in a pub at all – that’s my line.”

While Johnson’s intention to support pubs could be considered commendable and selfless, given that his son has singled out the risk of catching Covid-19 from going to a pub, and the danger of the virus to over-70s, one does wonder why Johnson senior should feel the need to go to his local?

To see the footage from This Morning, please watch the clip below.