Haro-based bodega La Rioja Alta has released its latest Gran Reserva 904 onto the UK market from the 2011 vintage, deemed as “excellent” by the Consejo Regulador. 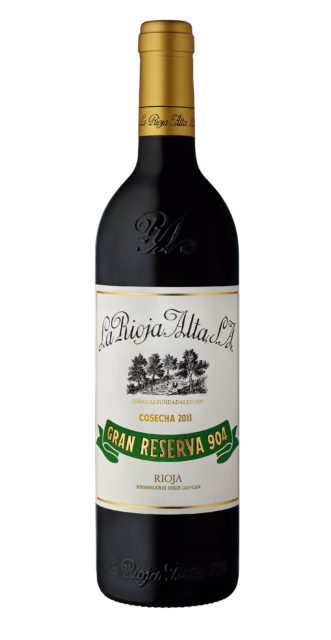 The wine has gone on sale in bond at Armit, and will be available at retail in mid-April, priced at £50 a bottle.

La Rioja Alta Gran Reserva 904 2011 is a blend of 89% Tempranillo hailing from old vines in Briñas, Rodezno and Villalba, and 11% Graciano from the estate’s Montecillo vineyard in Fuenmayor.

Only 14 vintages since 1925 have been ranked as excellent in Rioja, making them particularly appealing to fine wine collectors.

The end of the 2011 growing cycle was marked by sunny days and cool nights, leading to even ripening and grapes filled with colour and concentration. The resulting wines have long lives ahead of them.

904 is one of the trio of gran reservas made by La Rioja Alta, the other two being 890 and Viña Arana, which launched last year.

The estate was founded in Haro’s Barrio de la Estación (station quarter) in 1895 by five enterprising families in Rioja Alta. Made in the traditional style, the wines are known for their bright fruit and long oak ageing.

The bodega imports American oak and dries it for two years before building its barrels by hand in Haro. The wines are racked by candlelight every six months.

In our February issue we explored the growing global interest in long-aged Riojas. You can read more about the topic here.