English drinks producer Chapel Down has closed its canal-side bar and restaurant called the Gin Works in London’s King’s Cross just a year after opening the site. 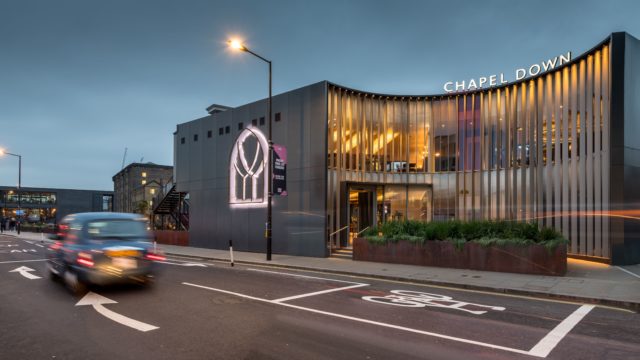 Frazer Thompson, chief executive of Chapel Down, told The Evening Standard that the bar had struggled to generate enough footfall.

He said: “Although we got great reviews and gave customers a terrific experience, we couldn’t get the scale of traffic we needed to make it profitable. It’s always difficult when the staff have been so fantastic.”

The Gin Works closed this month, a year after it opened in January 2019.

A notice on the Gin Works website reads: “We are now closed. Stay tuned for updates from the Chapel Down Gin Works.

“We will be contacting customers who have experience bookings outstanding and will be offering either a full refund or an alternative Chapel Down or Curious experience. Any queries, please contact sales@chapeldown.com.”

It added that the sale of Chapel Down’s gins and vodka remain unaffected and can still be purchased online.

The Gin Works also housed a small still and as well as Chapel Down’s spirits, also stocked its wine and beer.

In September last year, Chapel Down reported that total sales had risen by 18% to £6.74 million in the first half of 2019.

However, the company recorded overall losses of £1.03 million, up from £230,000 in 2018, as a result of investment in its brands, infrastructure and supply.

This included both the Gin Works and the company’s new Ashford-based brewery, bar and restaurant, which was unveiled in May 2019. The 2,900hl brewery can produce over 9,000 pints of beer a day.

Thompson told Kent Online that this site is performing well.

He said: “The brewery is a fantastic operation and lots of people are going there, even in January, and Tenterden [where the winery is based] is also performing extremely well.

It follows news of the resignation of Gareth Bath, the former managing director of Chapel Down’s beer and cider division, last month.

CHAPEL DOWN: DEMAND FOR ENGLISH SPARKLING WINE IS ‘EXTRAORDINARY’