The Wine Scholar Guild is set to launch the 7th edition of its French Wine Scholar programme next year, and 2020 will have a much greater focus on environmental issues, according to education director Lisa Airey. 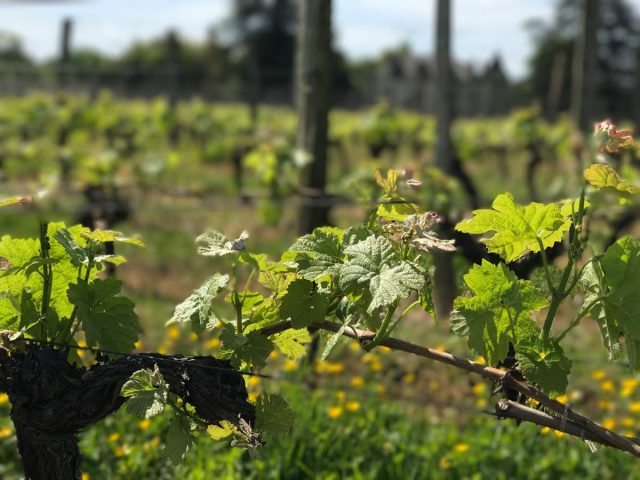 “There’s a lot that has happened in the last 10 years in the wine world and a good piece of that is the grape growing arena,” Airey told db.

So far, over 1,100 students have graduated from the French Wine Scholar programme since it launched in 2008.

Airey told db that the editions are revised regularly to reflect the ongoing changes in the world of viticulture and vinification, with educators keeping regular contact with producers via estate visits, participation in trade shows, tastings and consultations.

She said that these days, there is “much more environmental sensitivity, so minimising agro-chemical use, growth of natural wine…these items are really starting to impact those wine-growing regions.”

As such, the 7th edition of the course, which is aimed at people working in the wine trade who want to gain a higher level of specified knowledge in particular markets, has been updated to reflect the work being done to mitigate the industry’s environmental impact in France, be that converting to organic grape growing, or lowering the use of sulphur in the winery, or the ways estates are adapting to global warming.

“In the Rhone valley for example those slopes are becoming prime real estate for vineyards,” she said.

Airey, who was inducted as “chevalier” (knighted) to the Ordre du Mérite Agricole for her contributions to French agriculture in 2016, has developed international study programs for wine trade for 11 years, first with the Society of Wine Educators, and now with the Wine Scholar Guild.

Climate change and altering weather patterns have affected vast parts of France’s wine-growing regions. In Champagne, Bollinger is replanting the region’s historic grape varieties to combat the effects of a warming climate, and retain the freshness of this famous fizz long into the future. Meanwhile in Bordeaux, growers have been experimenting with new varieties across its 60 appellations for several years, responding to  unprecedented hot vintages such as 2003. Warmer temperatures have sped up the ripening of traditional grape varieties such as Merlot, giving them a much higher capacity for alcohol content when it comes to vinification.

“We’re going to spread it out pretty evenly because each wine region is facing its own challenges – for example in Bordeaux the most widely planted grape variety is Merlot, but that’s problematic because they’re now hitting 15% ABV, so now those crops are being harvested early, and that’s a huge change.”

“In another region, Champagne, you’re seeing less acidity, more ripeness, producing single village bottles. In an area where the blend was used to make a very strong cuvée, we’re seeing they can blend less so they don’t need to add so much dosage.

“Each one region has its different set of issues when it comes to moving forward with global warming.”

Matthieu Bordes, Directeur Général at Chateau Lagrange, told db in July that Rhone varieties may one day have a future in the Medoc.

“I am sure that there will be less and less Merlot and more Cabernet Sauvignon and Petit Verdot in the Medoc blends, which is always much better for the wine,” he said.

The course is endorsed by the French Ministry of Agriculture and has been approved by the French National Commission for Professional Certification, which allows any employed person in France to apply for government funding to enrol and further their own knowledge. The French Wine Scholar program world with more than 60 program providers in 16 countries worldwide.

To ensure the WSG’s course is as relevant as possible year-to-year, the institution has a team of experts in regular contact with winery owners.

“We have Andrew Jefford who is our academic adviser – he has his finger on the pulse of what’s going on,” Airey said.

“We visit and go over for various events and talk to producers or go for educator trips. We’re always learning, and we’ve got a good handle of what’s going on there.”

The Wine Scholar Guild also launched a new course dedicated to the study of Spain’s wine industry in October this year, which also had to take things like rapid restructuring of appellation rules into consideration. More than 60 wine schools in 26 countries were trained as part of the SWS pre-launch in January.

When it comes to whittling down the essentials for the courses, Airey said the WSG organises several roundtable discussions with advisors and programme providers, “not just to see how we’ve covered all the changes but also what passages and what topics in each regional chapter need clarifying – how can we teach this topic or talk about this better.”

“All of our students fill out an evaluation form, and we read every one – we ask what chapters were easy to read and what was more difficult and why – we take all of that feedback on board.”