The performance of investable Scotch whisky has suffered a slight decline for the first time according to one analyst in part due to over-supply in the secondary market but the number and value of rare malts sold at auction continues to grow. 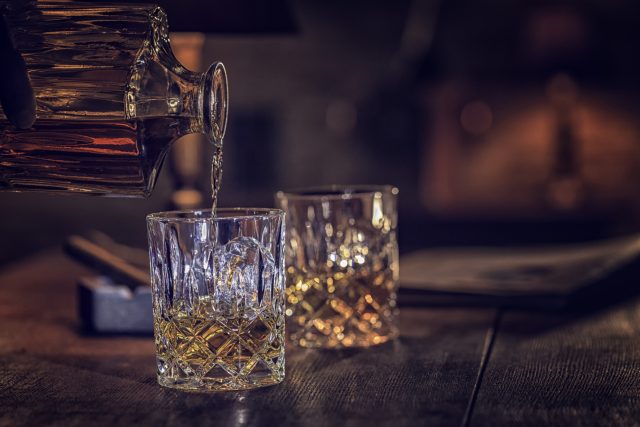 Whisky analysis platform Rare Whisky 101 reported that its Apex 1000 index suffered a small decline of 0.26% in the first half of this year due to what it called, “over supply of whisky during the early months of 2019, proliferation of new-start whisky auction houses and a decline in the performance of The Macallan – the secondary market’s most dominant distillery by both volume and value”.

The rise in status and visibility of Scotch and other rare malts at auction has seen ever-increasing numbers appear on the sales circuit in recent years.

The combined value of those bottles meanwhile was pegged at £25.8 million, a 53% increase on those sold in the first half of last year.

It’s not the popping of a bubble by any means; in the first half of last year the Apex index grew by 9.91% and has gained 160% since December 2014 so this slight check hasn’t wiped out those gains in the slightest.

Rare whisky 101 co-founder Andy Simpson noted: “On the back of 10 years of growth in the investment performance of rare whisky, we have seen an oversupply of bottles, the continued proliferation of specialist whisky auction houses, and a record amount of money spent at auction all combine to produce the rare whisky investment market’s first ‘blip’ since we started reporting these results.

“However, collectors, investors and buyers would be well advised to note the dip. At this stage we do not believe it indicates the start of a longer-term downward trend. In fact, looking the last three months of H1 alone (April to June) the Apex 1000 index returned to slightly more significant growth of 1.29%, moving from 825.92 points to 836.55.”

While secondary market leader The Macallan has taken a step back and now sits in seventh place in the rankings, Springbank has risen to take its place (for the moment) closely followed by bottlings of Brora and Glenugle.

Simpson continued: “While the broader market might be showing some signs of stress, there are plenty of pockets of growth for those who do their research and time their market entry/exit well: as with all investments. For example, in contrast to the Macallan’s secondary market woes, Springbank has turned in an incredible performance, claiming top spot in the investor rankings for the first time.

“We remain confident that the right bottles from the right distilleries will continue to offer a strong investment proposition. In fact our later than usual reporting of the half year figures has allowed us to see growth return to the market as the supply/demand equation has re-balanced. However, continued uncertainty over the UK’s post-Brexit future makes it very difficult to predict how the market will perform in the latter months of 2019.”