French drinks group Pernod Ricard has held a “dry run” to anticipate potential problems caused by a no-deal Brexit and says it will have “no problems” meeting the Christmas demand. 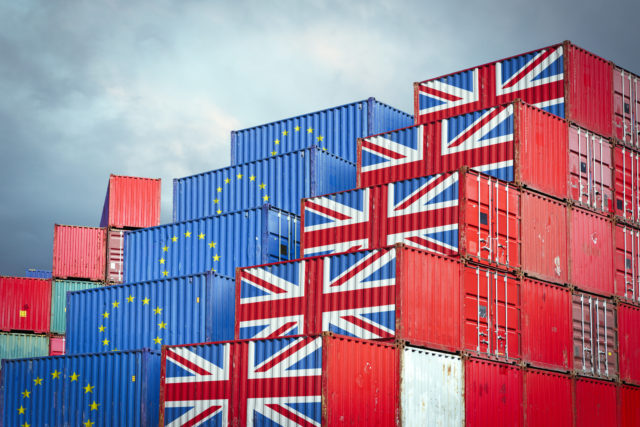 “Nobody knows what is going to happen [politically],” David Haworth, the managing director of Pernod Ricard UK, said in London today, “but we have prepared as best we can”.

Jean-Cristophe Coutures, chairman and CEO of Chivas Brothers, the French group’s scotch whisky and gin subsidiary, told the drinks business: “We had planned for and were ready for 31 March [the original date for the UK to leave the European Union] and nothing has changed. What we do want is some visibility to allow us to manage inventories in various markets.”

He confirmed that Chivas Brothers had been filling its international distribution pipeline in order to minimise any potential shortages caused by short-term disruption at ports “but this will have no impact on sell outs”.

“We have also been stocking some dry goods such as glass, which is in high demand, to ensure we will have no shortages of production,” he said.

“We went through that dry run,” says Haworth, “and reflected on it. But this time we are in a different time period – Christmas is looming – so we will take as much stock as we can between now and the end of October but the amount of warehouse space in the run up to that critical time of the year is limited.

“There is only so much stock that people can take but we think we are in a good place on the key SKUs that we need but if any problems went on [at the ports] for four or five weeks then obviously we would not be very happy with it. We have things pretty well planned for the end of October.”

Haworth said he was confident that if there was no agreement between London and Brussels, and Britain left the EU without a deal, Pernod Ricard UK would have no problems meeting Christmas demand.

He also emphasised that the entire Scotch portfolio plus the Beefeater and Plymouth gin ranges are produced in the UK and therefore will be readily available in the UK.

Coutures said that 30% of Pernod Ricard’s Scotch exports are headed for EU markets and that some of that goes through southern ports such as Folkestone and Dover; that is why Chivas Brothers had been pre-shipping to its European distribution centres.

But the government says “it is really taking action, so I don’t expect any trouble to last months,” he said.

“We have also been stocking up in those markets which have trade agreements with the EU to minimise supply risks,” he said.

This follows news today that the government has promised £16 million to help businesses train staff in making customs declarations, and to help companies who support others to trade goods to invest in improved IT software.

More than 3,000 “agents” have already been trained, the government has stated, as part of an earlier £8 million investment to develop new online learning products for customs staff.