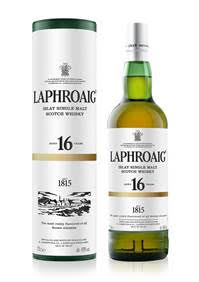 The Beam Suntory-owned label – which is also one of the website’s best-selling whisky brands – has unveiled a new expression, Laphroaig 16-year-old, marking the first time the distillery has made a bottle available exclusively through Amazon in Europe, and select retailers in the US, according to an emailed statement.

The whisky has been matured on Islay for 16-years in ex-bourbon barrels. Just 900 9L cases have been produced at 48% ABV, costing £89 per 70cl bottle.

John Campbell, Laphroaig’s distillery manager, said the new bottle is “the perfect illustration of how our rich whiskies mellow as they mature.

“Whilst this expression carries the iconic smoke of Laphroaig, this is married with sweeter notes of honey and caramel, creating a remarkable dram that’s perfect for the long evenings of late summer and into cosier nights of Autumn.”

Laphroaig’s quarter cask single malt is the second most-popular whisky on Amazon, behind a single malt produced by Ardmore Distillery, according to the website’s hourly-updated sales ranking.

Laphroaig has recently ramped up efforts to attract new consumers to the Scotch category. It partnered with Picturehouse Cinemas in the UK earlier this year, with bespoke idents being shown on-screen ahead of Picturehouse members screenings, and samples offered to cinema-goers.